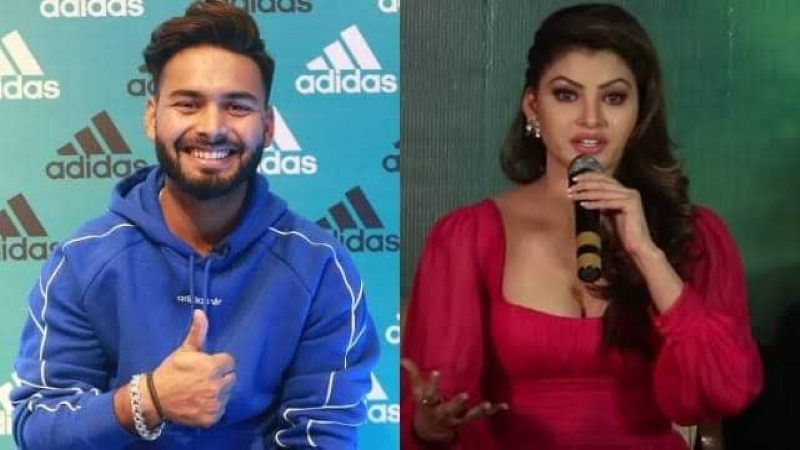 Not cricket, India’s star cricketer Rishabh Pant is once again in the headlines for his activities outside of cricket. Bollywood actress Urvashi is also involved in that news. The controversy surrounding the two inhabitants of two worlds does not stop. The fight started again between the two. The Bollywood actress got involved in the controversy again after apologizing to Panth.

Before the start of the Asia Cup, the war of words started between the two people on social media. They also post insulting each other. Recently in an interview Urvashi was asked whether she has any message for Rishabh. Urvashi replied, “I don’t know what to say. But I want to say sorry, I’m sorry.”

After this video was published, Urvashi had to face a lot of criticism. Many netizens said that the actress finally gave up on the controversy that started around the two before the start of the Asia Cup. But within 24 hours, Urvashi reversed this statement and said “He apologized not to Panth, but to his fans”. In one of her Instagram stories, she wrote, “Nowadays news is made more than movies or television shows. I apologized to my fans and loved ones. Not to anyone else.”

Earlier, she was also rumored to be dating with Hardik Pandya, then Rishabh Pant. During the Asia Cup, crossing India, he also got involved in controversy with Pakistani cricketer Naseem. However, Naseem clarified that he did not know Urbashi.

However, this star cricketer has not yet opened up about the matter of apologizing to Pant. Pant is focusing the upcoming T20 World Cup as he failed to perform as expected in the Asia Cup. He is trying to get prepared. For this failure of Pant in the Asia Cup, many netizens joked on social media saying that Urvashi’s presence in the gallery is the reason for Pant’s loss of form.