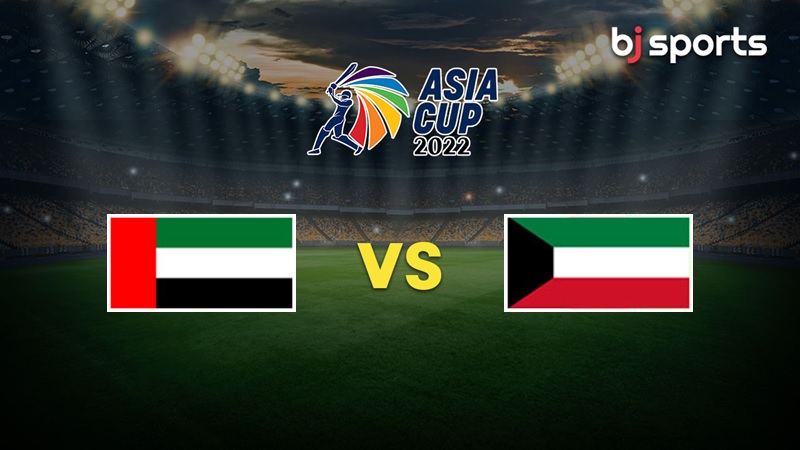 In the Round-Robin phase of the Asia Cup Qualifier 2022, Kuwait will play UAE. On Sunday, August 21, the game will begin at 19:30 local time at the Oman Cricket Academy Ground, Turf 1 in Muscat.

UAE will have confidence in themselves going into this game and will view their entry into the actual Asia Cup as a logical next step. They have already qualified for the T20 World Cup, held in Australia in October, where they will compete in Group A alongside Namibia, Sri Lanka, and the Netherlands. This year, the UAE has played solid cricket, with V Aravind and Chirag Suri scoring two hundred. Muhammed Waseem, a 28-year-old right-hander, also hit a century in an IT20 match against Ireland in February, scoring 112 runs. Off-spinner Basil Hameed enjoys bowling on this surface and has already claimed 33 wickets for the UAE this year at a strike rate of 15.81.

Due to their significantly lower number of competitive matches than the UAE in 2022, Kuwait enters this encounter as the underdog. Having defeated Bahrain 4-1 in a five-match series earlier this month, they have nothing to lose and plenty of winning momentum going into this game. They suffered a Super over loss in the opening game but went on to win four straight games before claiming a commanding102-run victory. In the final victory over Bahrain, keeper-batsman Meet Bhavsar scored 71 runs off of 48 balls at the top of the order, and he will be the primary supplier of runs throughout this competition. On this wicket, Shahrukh Quddus, a medium pacer, should succeed with his variations.

On August 21, we anticipate bright skies over Al Amerat and favourable batting conditions. Batsmen must adapt to the conditions because the wicket will be slower.

Because of the heavy use the wicket has had lately, it has become a little slower, favouring sides chasing. Since setting up a total and defending has always been difficult, we anticipate that the team winning the toss will immediately bowl first.

The Oman Cricket Academy Ground, Turf 1, in Muscat will host the game. On a good batting surface, some turn for the spinners is anticipated. On this pitch, a par score will be higher than 160 runs.

The team would like to see a strong start in this game from Chirag Suri and Muhammad Waseem, who is in good form. Given that Kuwait’s batting has been in terrific form lately, Akif Raja and Kashif Daud will try to get off to a solid start with the new ball.

Recently successful openers Meet Bhavsar and Ravija Sandaruwan will need to establish a strong opening wicket partnership. Their bowlers would be facing a formidable batting order. Therefore Sayed Monib and Shahrukh Quddus, who bowl the new ball, must perform well. 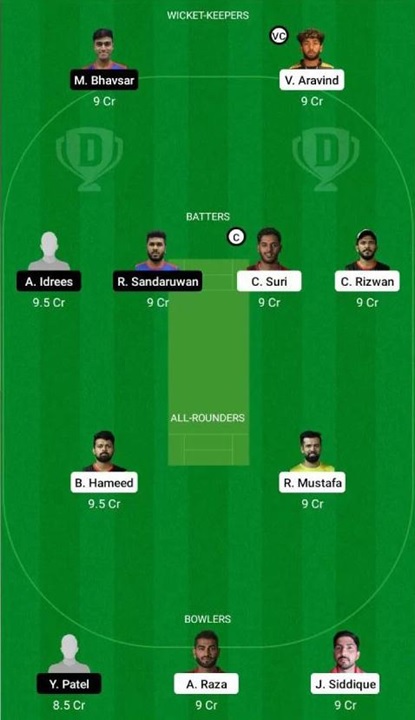 United Arab Emirates is the favourite to win this match.

There are undoubtedly some people in Kuwait who may cause issues for the UAE, but whether there is enough talent throughout the entire XI is in doubt. UAE should win this game because they are more potent with the bat and the ball.