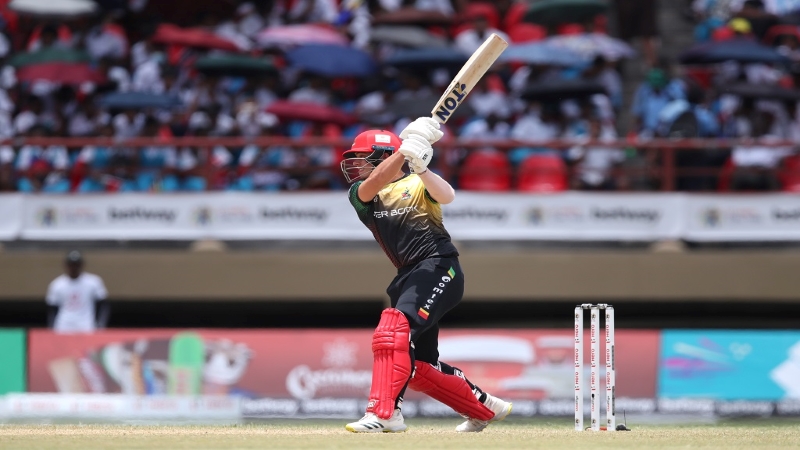 St Kitts and Nevis Patriots cruised to an impressive 7-run win by the control bowling of the bowlers over Trinbago Knight Riders in match 26 of the CPL 2022 at the Providence Stadium in Guyana. Sherfane Rutherford was selected as the player of the match after playing a devastating innings of 78 runs off 50 balls.

St. Kitts and Nevis Patriots did not get off to a good start in batting. They lost 3 wickets to score 28 runs in 8.2 overs due to the spin magic of the opposition’s bowlers. In-form wicket-keeper batsman Andre Fletcher was dismissed for 2 runs off 12 balls. Keacy Carty scored 5 runs off 11 balls. Another opener Evin Lewis returned to the dugout with 15 runs off 19 balls.

Sherfane Rutherford and Darren Bravo took the team forward that lost 3 wickets for 28 runs. These two put together a valuable partnership of 66 runs off 52 balls for the 4th wicket. When Darren Bravo returned to the dugout after scoring 23 off 21 balls, the team scored 94 after losing 4 wickets in 17 overs. From there, Rutherford and Dewald Brevis made important contributions to taking the team’s score to 163 runs.

St. Kitts and Nevis Patriots collected 69 runs in the last 3 overs. With 3 balls left in the innings, Rutherford returned to the pavilion after playing an impeccable innings of 78 runs off 50 balls, he smashed 6 fours and 5 sixes. On the other hand, Brevis remained undefeated after playing a stormy innings of 30 runs from 6 balls. Where he hit 5 sixes to score 30 runs.

Chasing a challenging target of 164 runs, Trinbago Knight Riders’ innings came to a halt after losing 7 wickets in 20 overs due to controlled bowling by the bowlers of St. Kitts and Nevis Patriots. Although the batsmen got runs, their run rate was slowed down by the brilliant spell of the bowlers.

Opener Tim Seifert scored 59 runs off 47 balls for the team. Where his strike rate was 125.53 with 4 fours and 3 sixes. Skipper Kieron Pollard scored 31 off 36 balls. Big hitter Andre Russell scored an even number of 2 fours and a six, he got 29 off 17 balls. Nicholas Pooran also scored 15 runs off 10 balls.

Apart from these few, no other batsman for the team could make a double-digit score. 16 runs were needed in the last over to win. Russell and Samit Patel were on the wicket. But they could not get more than 8 runs after losing two wickets. As a result, St. Kitts and Nevis Patriots won by 7 runs.

For the team, Sheldon Cottrell took the maximum number of 3 wickets, Kevin Sinclair and Dwayne Bravo took 2 wickets each. Besides, Rashid Khan did not get any wickets but conceded only 12 runs in 4 overs.

Player of the match – Sherfane Rutherford 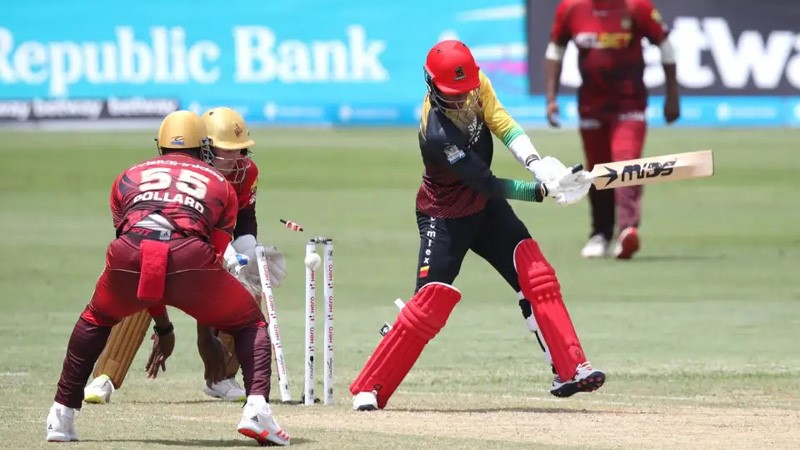