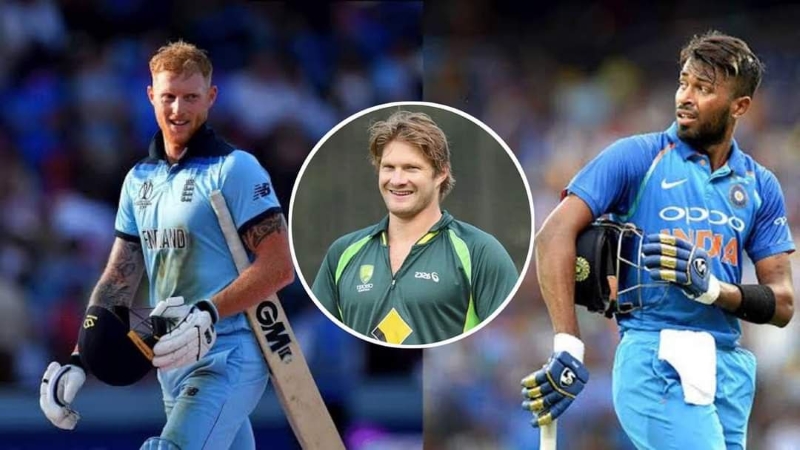 If we were to list the best pace bowling all-rounders in the history of cricket, Shane Watson would be at the top. This former Australian star has made a special place with his talent and achievements. He is the owner of more than 10,000 runs besides taking more than three hundred wickets in international cricket.

Among pace all-rounders at present, India’s Hardik Pandya and England’s Ben Stokes are shining light in 22 yards of the field. But this World Cup-winning Australian cricketer did the difficult task of choosing the best one from those two. Where Watson put Hardik ahead of Stokes.

Hardik has been in great form since the last IPL. After returning from injury, he brought the team the IPL title. After that, Hardik’s honeymoon in 22 yards of the field is going on. On the one hand, he is taking the opponent’s wicket with the ball as well as running for the needs of the team.

Hardik-Stokes spins in different formats. In that case, in the eyes of Watson, Hardik is ahead in T20. In this context, Watson said, ”Hardik is in the best rhythm. Watching him play is a treat. His impact is that with bat or ball, he can knock any opponent out of the match in a moment on his day. ”

Commenting on the comparison with Stokes, Watson added, “It’s really nice to see the incredible cricket Hardik is playing at the moment. Where Stokes is, Hardik is a bit ahead of him at the moment. The way Hardik bats, his batting variety at the end is great. Also, the way he is bowling, he will definitely be ahead.”

Earlier, former Australian captain, Ricky Ponting listed Hardik as one of the stars who can shine in the upcoming World Cup. This hard-hitting Indian batsman is currently resting in the South Africa series. Basically, he has been rested to get fresh in the World Cup. India’s World Cup luck depends a lot on Hardik.