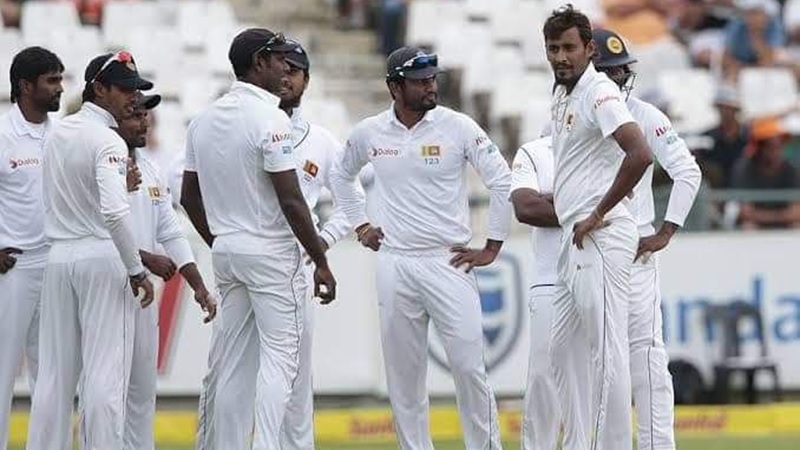 Sri Lanka is already on the back foot after losing the first match of the two-match Test series against Australia. In the fight to save the series, Sri Lankan cricketers are being attacked by Covid-19 one by one before the second Test. It seems the Lankans’ back must be stuck in the wall.

Earlier, star all-rounder, Angelo Mathews was attacked by Covid-19 during the first Test. After that, spinner Praveen Jayawickrama became positive for the virus. This time, the big bad news is that three Sri Lankan cricketers have been attacked by virus together. They are Dhananjaya de Silva, Asitha Fernando and Jeffrey Vandersay.

However, there is news of relief for Mathews. This all-rounder is much fit now at the end of scheduled isolation. So, there is a good chance that he will be on the team in the second Test. Meanwhile, Oshada Fernando’s place in the first match as Matthews’ cove-sub is also confirmed. He will play instead of Dhananjaya.

However, Lasith Embuldeniya has already been dropped. So, there are several changes to be made in the Sri Lankan team. Maheesh Theekshana and Dunith Wellalage could make their debut in white. Kasun Rajitha is likely to play as a replacement for Asitha. Besides, Lakshya Munasinghe and Prabath Jayasuriya have also joined the team. It is learned that Lakshan Sandakan can also join the team as a wrist spinner.