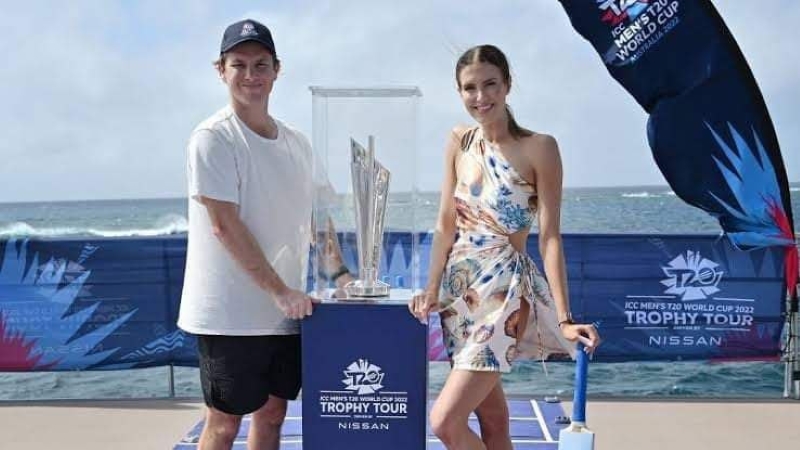 This year’s T20 World Cup will be held in Australia. Already 16 teams have been finalized for the World Cup. After that, the World Cup title came out of the shell to put water and air on it. The world champion Adam Zampa of Australia and the singer and TV presenter Elin Holland took the World Cup trophy in the sea.

Former Aussie star Shane Watson and Zampa, a member of the latest World Cup winning team, pose for a photo shoot as part of the Brisbane to Gold Coast trophy tour. Bats and stamps have been arranged next to the dream title on the beach to announce the arrival of the World Cup.

Then the real surprise came from the official Twitter account of the T20 World Cup. Augie legspinners Zampa and Hallond took home the Great Barrier Reef title in Satar. Even before they got into the water they were dressed up. The tari was decorated with World Cup logos and banners. All in all, there is a touch of innovation in this trophy tour.

Qualifiers between 8 teams will start from October 16. Then from October 22, the main battle of the World Cup begins with the match between the host Australia and New Zealand. Meanwhile, the Zimbabwean team, which did not get a place in the last World Cup, has made it to the World Cup this year.