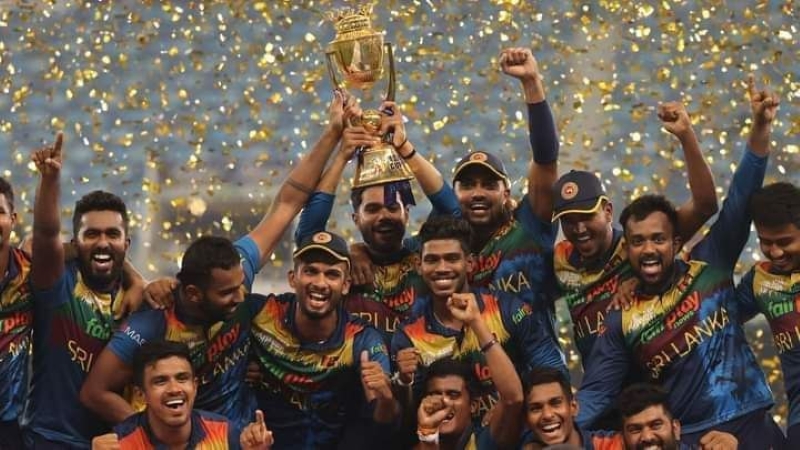 In this year’s Asia Cup, Sri Lanka won the Asia Cup after a disappointing defeat against Afghanistan. Overcoming the fear of Toss or not having world-class players, the Lankans clinched the title of ‘champion’. Their goal is the upcoming T20 World Cup. The Sri Lankan team for the World Cup has already been announced.

The Lankan captain also thinks that this team has the ability to win the World Cup. Dasun Shanaka said in the press conference, “For the last 2-3 years we have been playing good cricket. But we were not winning. But I think, this time our cricket will turn around. The cricketers of our current team will play for at least 5-6 years. So not to be worried for next few years more. We have the capacity to win the World Cup with this team. “

However, the team that has won the Asia Cup 6 times will have to play in the T20 World Cup qualifiers. Qualifiers will start on Australian soil. The Lankans have to overcome that barrier to play in the main stage of the World Cup.

In this context, Shanaka said, ”Last year also we played the qualifiers. This team has been playing for the last 3-4 years. We are getting the results of playing together for so long. The qualifier game will also help us. There is an excellent opportunity to adapt to the conditions. ”