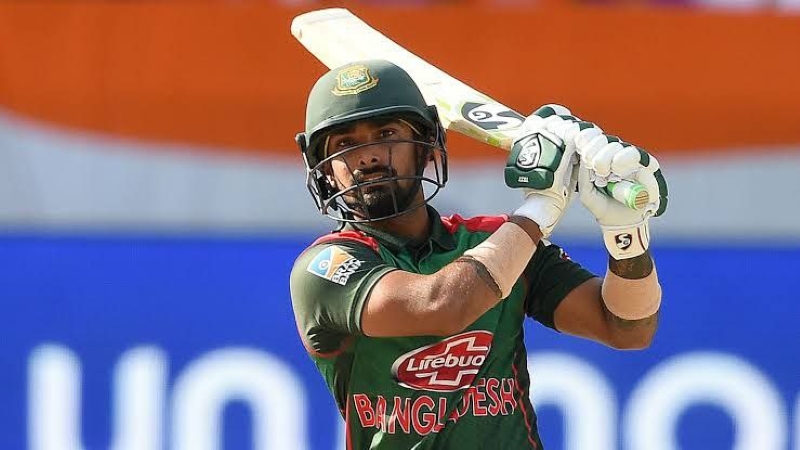 Sunshine is shining in Bengali cinema in Dhallywood. New movie Hawaay attracts Bengali audience. On the other hand, the name Liton started blowing enjoyable air in the country’s cricket. The country’s cricket has also caught wind. The tide of Bengal is now moving forward in the wind of Liton, pushing the waves of the turbulent sea. Liton Das, who was trolled a few days ago, is now the shaper of the story of the new beginning of Team Bangladesh.

Looking back a few days ago, it will be seen that there has been no less criticism about him in Bangladesh cricket. Not too long ago. It was last year during the T20 World Cup. The entire Bangladesh team saw the ultimate failure. But the storm most likely passed over Liton. Criticism can still be tolerated. But sometimes that discussion got very dirty. Many have trolled to give a discount equal to his run.

The opening story was great. His bat is like a new picture on the artist’s canvas in 22 yards of the field. Cricketers are very optimistic about him from the beginning of his career. Sometimes he may have shown glimpses in international cricket. But that was never enough. However, there was a discussion about his bat from a long time ago.

However, so many arrangements, so many discussions, so many investments, but where was the exact result coming? There was hope that Liton would conquer international cricket. But in the end, it was not happening .

Liton started to give a glimpse in Test cricket from last year. However, due to the failure in the T20 World Cup, he was planned to be dropped. It was also heard in the cricket arena that Bangladesh will not think about Liton in T20 cricket.

Liton broke the door on that plan earlier this year with the BPL. Retuning back in the Bangladesh Premier League, Liton has created a storm with the bat. He came down to open and recognized his class once again. As a result, Bangladesh had to go back to Liton again in T20 cricket. It is good to say that this time the plan is centered on Liton.

Liton also opened the innings for Bangladesh and won the match against Afghanistan. But after that he has been played sometimes at position three and sometimes at four. However, Liton’s run did not stop. Zimbabwe also gave a flying start.

This liton is unstoppable. This wind called Liton is on fire. Liton does not know how to stop everywhere in Test, ODI or T20. In all three formats, a batsman is making run after run in different positions. Sometimes new ball, sometimes old ball, sometimes red ball, sometimes white ball. Everything changes, but Liton’s hunger to run doesn’t diminish.

During this time Liton ran in different parts of the world. Liton scored runs on Mirpur’s cracked ground, Liton batted again on the Mt Manganui wicket. Scored runs against the world’s best bowling line-ups like Pakistan, New Zealand. Wherever you throw this Liton, Liton just knows how to score run. Liton’s bat is unstoppable. If this goes on, Team Bangladesh will be benefited.