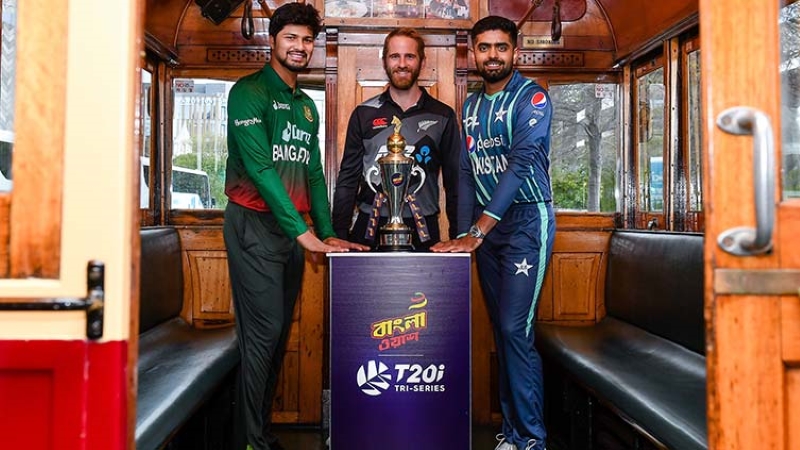 The T20 World Cup will begin on October 16. Before the upcoming T20 World Cup to be held in Australia, Bangladesh will participate in the tri-nation series in New Zealand. While they will play four matches against host New Zealand and Pakistan, it will be five if they reach the final. Bangladesh batting coach Jamie Siddons considers this series as the best preparation for the World Cup.

Bangladesh will challenge the opponent in this series. Siddons even thinks that there can be no better preparation for the World Cup. Siddons also believes the confidence gained from the series win against the UAE will carry over into the tri-nation series and the World Cup.

“Couldn’t have asked for a better preparation for the T20 World Cup,” Siddons said in Christchurch. If we can challenge last year’s finalists New Zealand and Pakistan, we will be ready. The Tigers’ task in the World Cup will be a little easier as the conditions in New Zealand and Australia are similar. ”

Team captain Shakib Al Hasan is yet to join the team in New Zealand. After playing CPL, Shakib went to America to spend time with his family. But Siddons is not worried about the matter. He talked about the weather instead.

Siddons also said, ”The temperature in Dubai was around 40 degrees Celsius. In New Zealand, it is 7-8 degrees. It will be the same in Australia. It was good to get out of the 40 degrees and into the cold weather, at least for the Australians with the team. Wicket behavior in New Zealand and Australia is almost the same.”

Bangladesh’s performance in the T20 format is not so bright. In search of success, Shakib was made the captain instead of Riyad before the last Asia Cup. However, the Tigers returned home empty-handed. Team Bangladesh is desperate to overcome past failures in the World Cup and do something good. There has also been a change in the team’s coaching staff. Let’s see how successful Shakibs become on Australian soil.