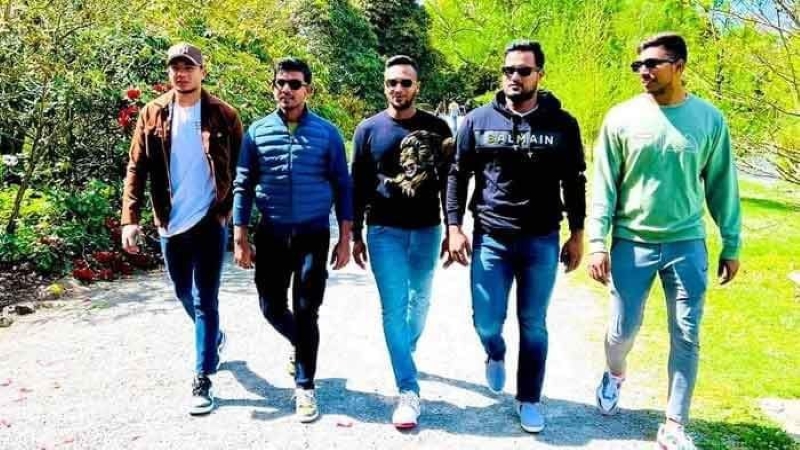 Bangladesh has been performing very badly in T20 for a long time. The Tigers lost all the matches in the Asia Cup after not seeing victory in the main stage of the last World Cup. Meanwhile, the bilateral series is also in a delicate situation. Currently, the Bangladesh team is busy in New Zealand playing the tri-nation series.

There is no news of relief even on the ground in New Zealand. Shakib Al Hasan’s team lost their first two matches against Pakistan and New Zealand, where the best preparations for the World Cup were to be completed. Bangladesh could not even fight in two matches. And that’s why the Tiger fans are in despair.

It cannot be said that the cricketers are also very relieved in such a difficult time for the team. With no match on Monday, the Tigers’ routine consisted of optional practice. Anyone could practice himself or spend leisure. On this day, Shakib, Taskin Ahmed, Soumya Sarkar, Mosaddek Hossain Saikat, and Yasir Ali Rabbi came out to see the natural beauty of New Zealand. One of them also published a picture of wandering.

And that was the problem. As soon as the picture of the cricketers got published, trolls flooded social media. Netizens are busy with various negative comments. Some say, ‘Sakibs have gone on another educational tour.’ Sometime after the picture was published, the picture was deleted due to some kind of compulsion due to viewer trolls.