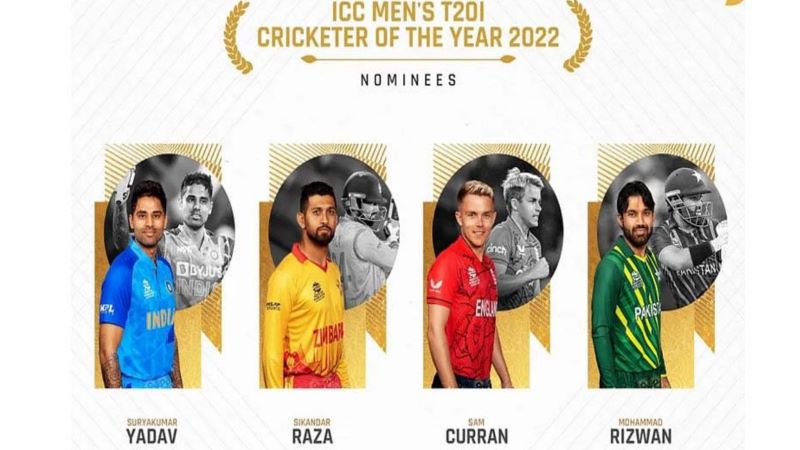 Sam Curran: England won the T20 World Cup title in Australia this year. And one of the heroes of England’s title win is Sam Curren. Due to this, he won the title of the best cricketer of the tournament in addition to the final best. He took 25 wickets in 19 matches throughout this year.

Surya Kumar Yadav: Surya is burning the opponent with his own heat this year. This Indian middle-order batsman has touched the milestone of 1000 runs. He played 31 matches in the whole year and scored 1 thousand 164 runs. Surya Kumar is the second cricketer to score 1000 runs in a calendar year in RT-T20 cricket. This year he climbed to number 1 in the ranking of T20 batsmen. He is even called a 360-degree cricketer for playing fluent shots around the wicket.

Mohammad Rizwan: This Pakistani batsman kept the opponent bowlers under pressure with four sixes in T-20 cricket. Rizwan was the second-highest run-scorer in 2022 T20 cricket. This year he also reached number 1 in the ranking of T20 batsmen.

Sikandar Raja: He played 24 matches and scored 735 runs with the bat and took 25 wickets. Zimbabwe made it to the Super Twelve this year for the first time in the T20 World Cup. Where the role of this all-rounder from Zimbabwe was much greater. He took 3 for 25 against Pakistan in the Super Twelve, where Zimbabwe won by 1 run. Let’s see who will be crowned T20 Cricketer of the Year in the end.