The Lankans remembered Shane Warne before the Gaul Test 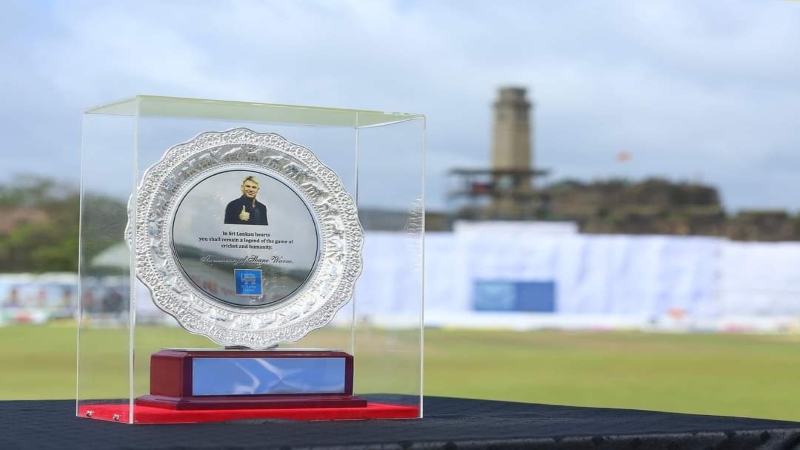 Shane Warne came to cricket as a storm. As if he came, saw, won. Huge turn, fame and controversy. The gambler, the diet pill, how many more controversies and being in the news headlines all the time – these were all in Warne’s life.

In 2000, Wisden selected Warne as one of the top five cricketers of the twentieth century. Warne chose a life full of events and drama. One part of his life is like a fairy tale and the other part is tainted with controversy. There are Test hat-tricks, there is the honor of winning the man of the match award in the World Cup final.

Warne took the 500th wicket of his career in Gaul. The Gaul Stadium was also devastated by the 2004 tsunami. Warne then reached the island of Lanka to find out the extent of the damage of the stadium. The legendary cricketer also played a charity match to help people affected by the tsunami.

Warne’s Australia are currently playing a Test match against Sri Lanka at this Gaul Stadium. The Lankans did not forget to remember Warne before that match. Former Sri Lankan captain Arjuna Ranatunga has said that the Sri Lankans will never forget Warne. “Everyone knows him as a great player,” he said. “But after the tsunami, he came closer to the hearts of Sri Lankans.”

Warne and Muttiah Muralitharan have worked together to rebuild Gaul and Sri Lanka after the tsunami. Although they worked together here, they were rivals in 22 yards. “I think Murali always wanted to take one more wicket than Warne,” Ranatunga said. “I’m sure Warne wanted that too. If we played against Australia, we would have seen the best of Murali,” he added.