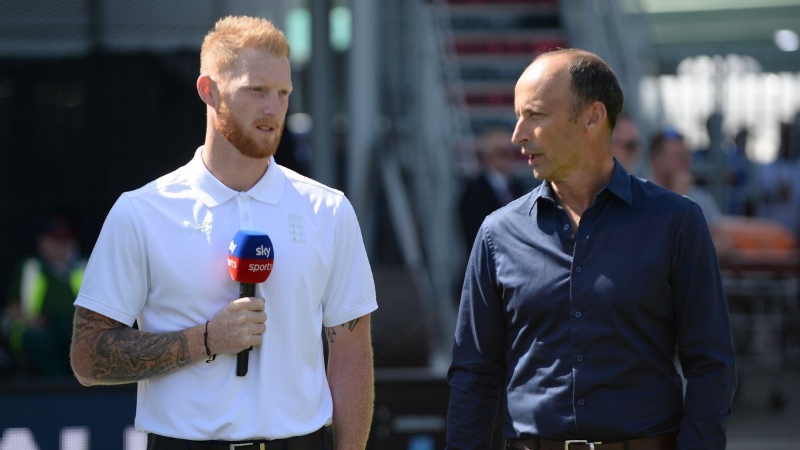 England captain Ben Stokes suddenly retired from one-day international cricket. Basically, he has decided to focus more on Test cricket. He will also play limited edition cricket. Although Stokes’ decision came suddenly, he has taken the decision of retirement after much thought.

Currently, the busy schedule of international cricket is the reason behind this announcement of the English all-rounder. Former captain and popular commentator Nasser Hussain blamed the ICC for the decision of a cricketer like Stokes to retire at the age of 31.

Nasser also termed the current schedule of ICC as ‘madness ‘. He thinks that if cricket continues with such a busy schedule, the rest of the cricketers will also slowly walk the path of retirement. “Ben Stokes’ decision to retire is very disappointing,” Nasser told Sky Sports. This is due to the current schedule of international cricket. It is absolutely crazy for cricketers.

Nasser also said, “If the ICC just keeps organizing different events, and the cricket boards keep taking out as many series as they can, then this will happen. All the cricketers will run away. Stokes retired from ODIs at the age of 31. This should not have happened. The schedule should be looked back. It should be rethought. The international schedule has now become crazy. ”

Nasser believes that ODI cricket will suffer the most in this busy schedule of ICC. He said, ”It seems that 50-over cricket is going to be a victim of this. Because everyone loves test cricket. T20 cricket is very popular. The duration of the IPL is increasing. So now the cricketers will continue to withdraw from ODIs. The fact that South Africa canceled the series against Australia, which threatens their direct participation in the World Cup, is also a big deal. ”

Nasser also explained how the schedule of international cricket is causing damage to the cricketers, ”At the moment, the schedule of international cricket is understated even if it is called crazy. Suppose if a cricketer plays only Test matches, then it is fine. But if a cricketer has to play different versions, and like Ben Stokes if he gives 100% for the team on the field, then he has to give up one or two versions. ”

”For example Stokes quit 50 over cricket. It is very sad. Because it was Stokes who gave English cricket and its fans the joy of winning the World Cup in 2019 through his performance. None of them will ever forget the day England won the World Cup.”