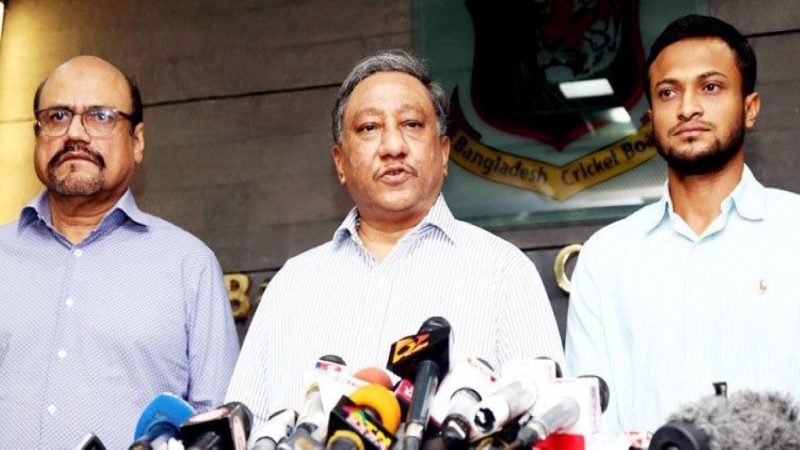 The fourth meeting of the board of directors of Bangladesh Cricket Board has been held. BCB president Nazmul Hasan Papon spoke to the media after the meeting. However, this time he came in front of the media being fully prepared. Papon knew he would face questions about Test cricket. So he came with written documens of  the test statistics of Bangladesh team.

Bangladesh is in a mess in Test cricket. In this regard, the Test captain of Bangladesh has blamed the Test culture of the country. This time the BCB boss also agreed with the Test captain. However, he also told the solutions. Papon said, “We don’t have an overall Test culture. Where did we get the chance to play before? Now we have started playing. We have started winning even abroad, so will we win all matches? It’s totally different.”

Regarding overcoming this problem, Papon further said, “I am not getting the opportunity to develop them due to their continuous game. But a working committee has been formed to find a solution. A working group will apply to us very soon. The test is not so easy, in any country. It takes a long time. “

In the next whole speech, Papon compared himself with others. He opened the note and presented the statistics in front of everyone. He said that it is not right to get criticized after losing a series “India have won only 35 of 196 matches in the first 50 years. They are the most powerful country in the subcontinent,” he said.

Citing the example of New Zealand, Papon said, “They are now world champions. It took them 26 years to win the first Test. Who played against Bangladesh? Did anyone play except Zimbabwe and West Indies? Now we are playing against a tough opponent. It is wrong to assume that they will do very well as soon as the opportunity arises. “