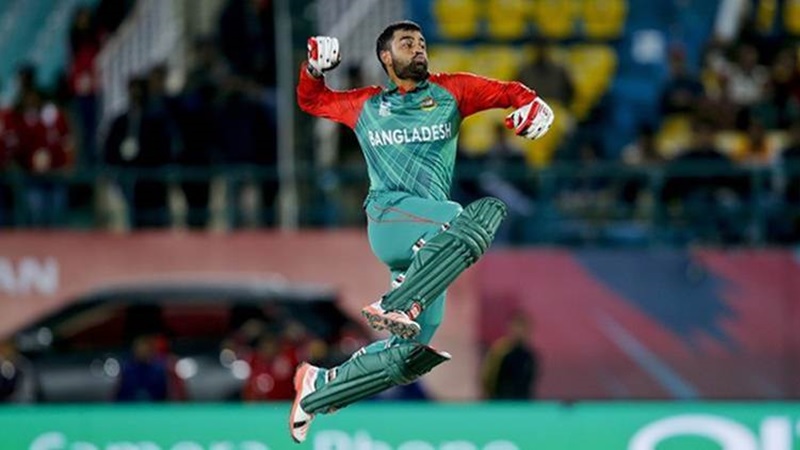 Cricketers of the Bangladesh ODI team have flown to Zimbabwe. ODI captain Tamim Iqbal has been accompanied by Mahmudullah Riyad, Mushfiqur Rahim and Taijul Islam. Cricket lovers gathered at the airport to bade goodbye to Tamim at midnight on this day.

Before leaving Dhaka for Zimbabwe, Tamim told the media that they focused on the performance. However, Tamim considers themselves the favourite on this tour. Meanwhile, Tamim also placed his hand of trust in Nurul Hasan Sohan, the new captain of the T20 team who is visiting Zimbabwe.

Tamim said, ”Who is first and behind does not matter. Rather, who is playing well or badly is more important. We are a better team than them in their country, and there is no doubt about it. But this is not the case in their country they can be lost very easily.”

However, Tamim is unwilling to give importance to the team’s senior-junior issue, and he prioritises contributing to the team’s victory. Tamim said, ”Young-old is being talked about a bit more recently. I think we will select the best eleven from among those who deserve a chance in the top 15 squads.”

Meanwhile, Sohan is captaining the international arena for the first time with the tour of Zimbabwe. However, trusting in him even though he is new, Tamim said, ”He (Sohan) has captained in domestic cricket before. It is going to be a new and exceptional challenge for him. I want him to do well, and I pray for him.”