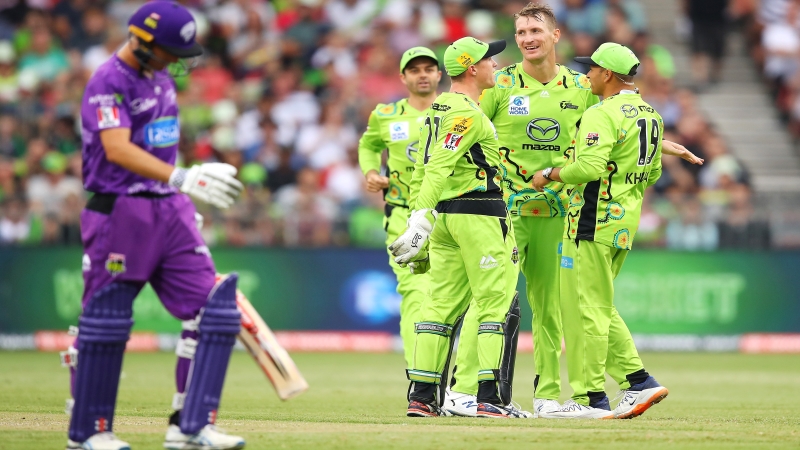 Oliver Davies’ devastating innings led Sydney Thunder to secure a massive 62-run win over Hobart Hurricanes in Match 22 of the BBL 2022/23 at the Lavington Sports Ground in Albury. Oliver Davies was adjudged player of the match for his match-winning innings of 65 runs off 32 balls, he smashed an equal number of 5 fours and sixes to play this innings.

However, pacer Brendan Doggett and batter Alex Hales played vital roles in this victory of Sydney Thunder. Sydney Thunder’s two openers Matthew Gilkes and Alex Hales got off to a good start in batting. They picked up 36 runs in just three overs. Where wicketkeeper Batter Gilkes scored 33 runs from 16 balls alone. Rilee Rossouw came to the wicket as he got out.

Rossouw returned to the dugout after scoring 18 runs off 14 balls. However, Hales continued to play well at the other end of the wicket. Oliver Davies came to the wicket as his worthy partner. The two put on a brilliant 105 off 52 balls for the 3rd wicket partnership. Oliver returned to the pavilion whilst the team’s score was 179 runs after playing a devastating inning of 65 runs off 32 balls.

But Hales continued to lead the team to a big total at the other end. He finally returned to the dressing room in the last over of the innings, playing an effective inning of 77 runs off 45 balls. His innings had 5 fours and 4 sixes. Nathan McAndrew was unbeaten on 10 runs off 4 balls. Nathan Ellis took the highest number of 4 wickets for Hobart Hurricanes. Riley Meredith also took 2 wickets.

Hobart Hurricanes’ batsmen got off to a good start chasing the quite impossible target of 229 runs. They picked up 39 runs losing only one wicket in 4 overs of Power Play 1. Brendan Doggett struck first in Hurricanes camp. In the 3rd over of the innings, opener D”Arcy Short (2) returned to the dressing room for 7 runs.

Then Wade and Caleb Jewell put up a partnership of 72 runs off 32 balls for the 2nd wicket. Where Wade got on top of the bowlers. When Jewell was dismissed for 20 runs, Tim David came to the wicket. Both continued to lead the team toward the goal of victory. But their run slowed down as Wade returned to the pavilion after falling victim to Ben Cutting.

Wade played a stormy inning of 67 runs off 30 balls whacking 2 fours and 6 sixes. Hobart Hurricanes were knocked out of the match when David got run out unfortunately after scoring 25 runs off 15 balls. After that, no other batter could bring them back into the match. In the end, Hobart Hurricanes’ innings stopped 166 runs in 17 overs due to the bowling canon of the bowlers.

Player of the match – Oliver Davies 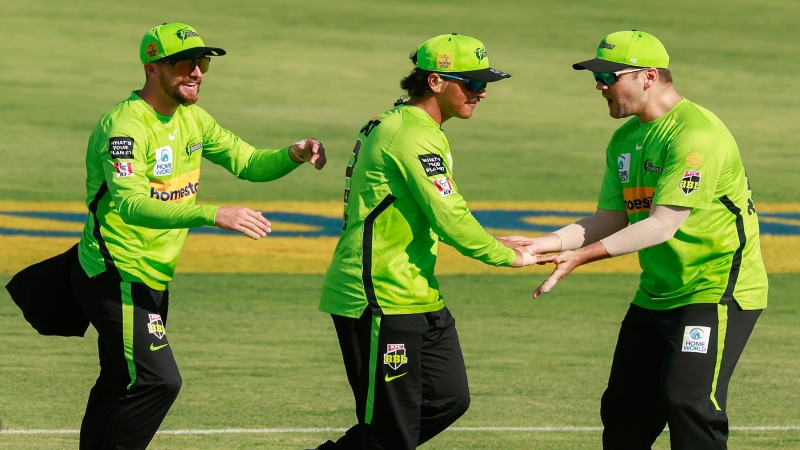