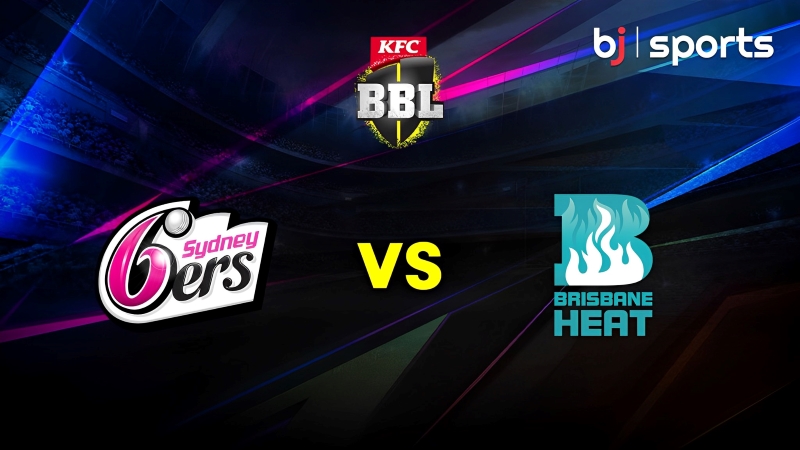 Sydney Sixers and Brisbane Heat will square off in the Big Bash League match 28 for the second time in four days. In a high-scoring game on New Year’s Day at the Gabba, Brisbane Heat prevailed by 15 runs. The game begins on January 4 at 18:05 local time at the North Sydney Oval.

Before Sunday’s game, Sydney Sixers would not have frequently scored 209 runs while being on the losing team. However, they will be sure that they can exact revenge in this game in front of their home crowd.

Brisbane Heat won the high-scoring encounter at the Gabba, and they will need their batsmen to produce more of the same in this game, which will include plenty of big hitting.

In North Sydney, we anticipate extremely muggy weather with a good risk that thunderstorms will disrupt the event.

The North Sydney Oval is hosting its first-ever BBL game today. We anticipate that both captains will want to bat first and score an impressive total in this game because many runs are anticipated.

In addition to the wicket being reliable and true, this field also has extremely few boundaries. A score of par is probably much higher than 180.

Chris Jordan skipped the Brisbane trip as part of his reintegration into the team following an injury. We anticipate that he will replace the pricey Jackson Bird in the starting lineup after winning Player of the Match in the victory over the Melbourne Renegades.

Before the New Year’s Day rematch, the Brisbane Heat made two changes: Josh Brown took Max Bryant’s place at the top of the order, while Nathan McSweeney replaced Matt Renshaw, who had been called up to the Australian Test squad. On Sunday, both new players stood out, and we anticipate the same starting lineup. 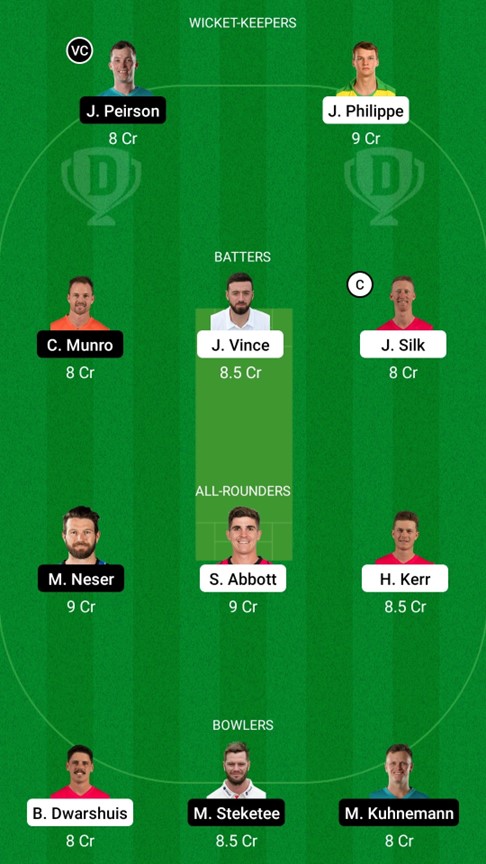 We anticipate more of the same at this small ground in North Sydney from the teams that played on New Year’s Day in Brisbane, which provided a high-scoring enjoyable contest for the spectators. It may come down to whether the Brisbane rookies Josh Brown and Nathan McSweeney can repeat their heroics because both teams have potent bats. We anticipate Sydney Sixers’ bowlers to bowl at them more effectively in this match and are picking Sydney Sixers to win.