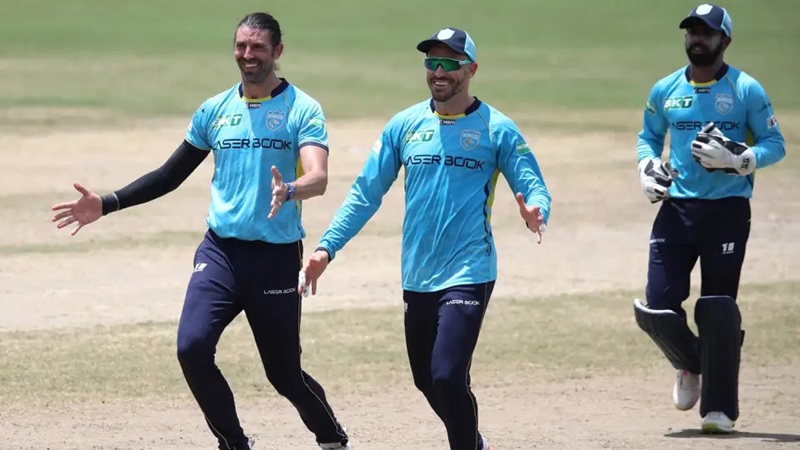 David Wiese’s brilliant all-round performance led St Lucia Kings to a massive 49-run win over St Kitts and Nevis Patriots in the 20th match of the CPL 2022 at the Brian Lara Stadium in Tarouba, Trinidad. At first, he made 21 runs from 12 balls with the bat, and later with the ball, he bowled 1 maiden in 4 overs and picked up 3 wickets for 8 runs. David Wiese was selected as the player of the match.

At the start of the match, St Kitts and Nevis Patriots captain Dwayne Bravo won the toss and elected to field sending St. Lucia Kings to bat first. St. Lucia Kings collected a big score of 189 runs after losing 7 wickets in the allotted 20 overs.

Faf du Plessis, captain of Saint Lucia Kings, gave the team a flying start after coming down to bat. When he returned to the dressing room with a team score of 48 runs, his personal score was 41. His devastating innings of 21 balls had 5 fours and 2 sixes. After the departure of the captain, the wicket-keeper batsman Niroshan Dickwella came to the wicket. But he got out with 7 runs off 5 balls.

But at the other end of the wicket, opener Johnson Charles continued to be devastating. As a result, they lost 2 wickets in 6 overs of power play and picked up 60 runs. However, all batters in the team could not stay on the wicket for long but everyone focused on scoring quick runs.

After coming down to chase the challenging target of 190 runs, St. Kitts and Nevis Patriots were bowled out for just 140 runs by the aggressive bowling of St. Lucia Kings pacers. In the beginning, St. Kitts and Nevis Patriots lost two wickets in the 5th over of the innings. Andre Fletcher scored 9 off 14 balls before getting out and Evin Lewis returned to the pavilion scoring 19 off 12 balls.

After losing two wickets for the team’s 34 runs, Dewald Brevis and Darren Bravo tried to take the responsibility of taking the team forward. These two put on a partnership of 33 runs for the 3rd wicket. But this pair was broken due to Wiese’s double strikes. After sending Darren Bravo (19 off 17) to the pavilion with the first ball of the 10th over of the innings, he also sent Sherfane Rutherford to the pavilion with the second ball.

Coming to the bowling again in the 12th over, Wiese took the wicket of captain Dwayne Bravo (3). The team batting second lost five wickets for the team’s 73 runs and could not return to the match. Brevis scored the highest 32 runs off 19 balls for the team. St. Kitts and Nevis Patriots could make 140 runs, in the end, thanks to the cameo innings of Pretorius (15 off 16) and Rashid Khan (26 off 19).

Player of the match – David Wiese 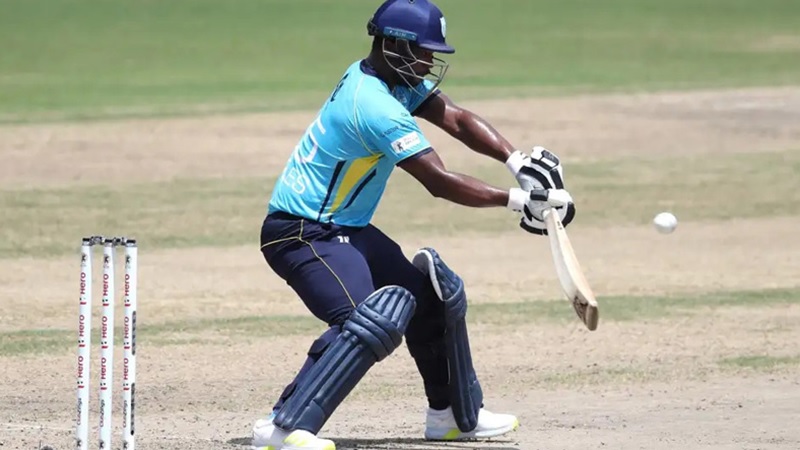