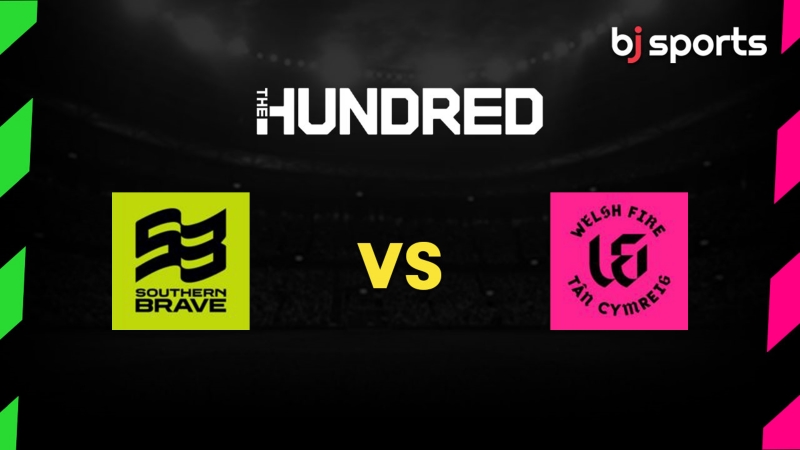 At The Ageas Bowl in Southampton on Wednesday evening, Southern Brave and Welsh Fire play in the opening match of the 2022 Men’s Hundred. Last year, the hosts won the first competition after defeating Birmingham Phoenix at Lord’s by 32 runs. Welsh Fire only won three games last season and placed last in their group. Starting time for the match is 19:00 local time.

Although Southern Brave got off to a shaky start in the 2021 tournament, they soon recovered their footing and won the event. They have a team full of short-format players and have made a significant recruiting effort ahead of this season.

Last year’s campaign was off to a strong start for Welsh Fire, but they lost steam in the middle of the game. However, this team has Jonny Bairstow in the best shape of his life, so anything is possible.

At the Ageas Bowl, the sky was mostly gloomy and damp the entire time. The game will begin with a temperature of 25 degrees.

Although the Southern Brave batted first in the Final the previous year, they always opted to field first in 2021. In this encounter, we anticipate that both sides will want to take the field early.

There are always more 2s and 3s than at other grounds, despite the fact that the ball does not get onto the bat at this ground particularly swiftly. The spin bowlers will have a lot of grips on this pitch.

Jofra Archer, a standout bowler for the holders, will miss the full season due to a stress fracture in his lower back, for which he was declared season-ending in May. They also have a fully fit squad that includes players that stood out during the T20 Blast.

The Cardiff-based team has assembled a group that is stacked with English homegrown talent and a little amount of international skill. Due to the series with Ireland, South Africa’s IT20 captain David Miller will miss this game, although we anticipate Australian spinner Adam Zampa to participate.

Southern Brave are the favorites to win this match.

There is a lot of excitement building nationwide in anticipation of the commencement of the 2022 Men’s Hundred following the success of the inaugural competition in 2021. One standout effort from one of the world-class players on both teams could be enough to win the match. We anticipate a close encounter, with Southern Brave coming out on top.