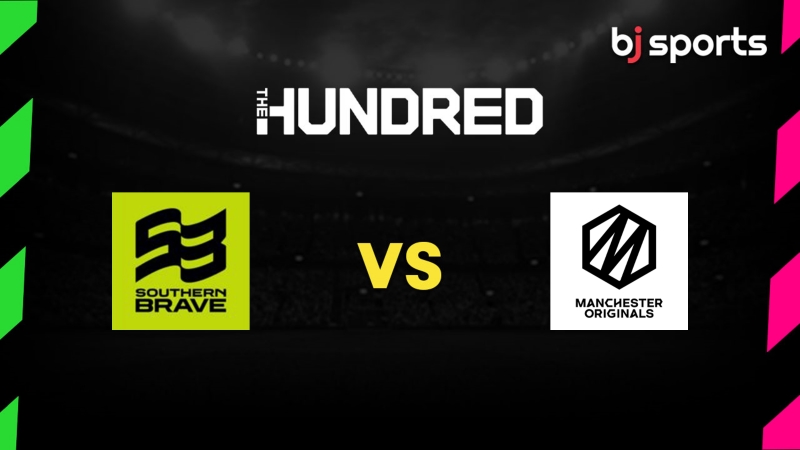 On Thursday night at the Rose Bowl in Southampton, Match 18 of the 2022 Men’s Hundred will feature the Southern Brave versus the Manchester Originals. The home team is now in the seventh position after losing their last three games. On Tuesday, Manchester Originals earned their first victory of the year and are now in fifth place. Starting time for the match is 19:00 local time.

In their last three games, the Southern Brave have suffered defeats to the Birmingham Phoenix, London Spirit, and Oval Invincibles. They did, however, overcome a bad stretch of play to win the competition last year, and they will be attempting to do it again.

The unlucky Welsh Fire was defeated by Manchester Originals in the 2022 Men’s Hundred. To make the second win it will be challenging to defeat the 2021 Champions.

On August 18, there would be cloud cover over Southampton.

At this location, only one team has successfully protected a score. In this game, the team that wins the toss will not second-guess their decision to choose to bowl first.

As we’ve already seen in the series, this wicket is difficult to bat on. In this game, the team batting first will be content with a score of 150 runs.

Chris Jordan, a veteran England international, joined Tymal Mills on the sidelines with a finger injury, making him the newest Southern Brave speed bowler to be ruled out for the remainder of this year’s Hundred. Although a replacement player has not yet been announced, Southern Brave is anticipated to do so.

On Tuesday, 21-year-old speed bowler Mitchell Stanley made his Manchester Originals debut in lieu of Dutch international Fredrick Klaassen. Joe Clarke, the starter, was ejected by Stanley, who is anticipated to keep his spot. The Manchester Originals squad is injury-free.

Southern Brave are the favorites to win this match.

Both clubs are playing in a crucial game since they truly can’t afford to lose the fourth game so early in the season. Without Chris Jordan and Tymal Mills, Southern Brave will have a difficult time competing, while Manchester Originals have only defeated Welsh Fire away from Old Trafford in both seasons of the Men’s Hundred. We anticipate that neither team will dominate this match, but we are rooting for Southern Brave to prevail.