Sohan got the captaincy as deserved: Shakib Al Hasan 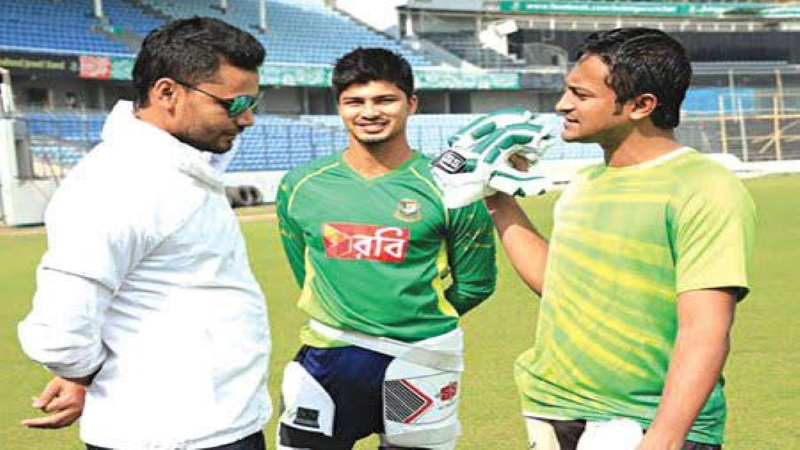 Mahmudullah Riyad has been rested and Nurul Hasan Sohan has been made the captain of the T20 team in the upcoming Zimbabwe series. Mushfiqur Rahim was also not kept in the limited overs team. And Bangladesh is not getting Shakib Al Hasan as he took leave from Zimbabwe tour. However, Mushfiqur and Mahmudullah are in the ODI team for the Zimbabwe series. But the question is whether Sohan, who suddenly got the captaincy, is eligible for this responsibility?

Shakib opened up about Sohan’s captaincy. Shakib told reporters, ”I think he (Sohan) is worthy. BCB also felt that Sohan can give a lot to Bangladesh in the future, that’s why they gave him the captaincy. I wish him all the best. Hopefully, the Zimbabwe series will be a good challenge for him and he can overcome that challenge.”

While Sohan was made the captain for one series, there are reports that Shakib will be the permanent captain in T20. However, the cricket board has informed that the changes have been made in this one series for the sake of experiment. However, it is known that Shakib will lead the Asia Cup and T20 World Cup. Sohan will be his deputy.