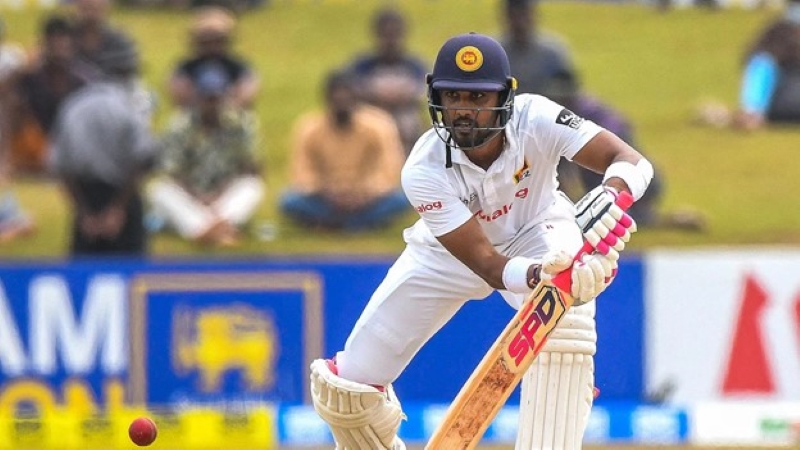 At the end of the first day of the 2nd and final Test in Galle on Sunday (July 24), Sri Lanka amassed 315 runs for 6 wickets. Niroshan Dickwella is batting with 42 runs and debutant Dunith Wellalage is accompanying him with 6 runs.

Sri Lanka won the toss and came down to bat first, they got off to a great start with the opening pair of Oshada Fernando and Dimuth Karunaratne. Fernando scored 50 runs in 70 balls with 4 fours and 3 sixes. He put on a 92-run partnership with Karunaratne before being caught behind in the delivery of Mohammad Nawaz in the 21st over.

However, Sri Lanka was under pressure after losing 3 wickets with a gap of 28 runs before and after the mid-day break. After Fernando, Kusal Mendis (3) returned to the dressing room after being run out, unfortunately. Karunaratne’s straight drive hit the hands of Agha Salman and broke the stumps on the non-strike edge, Mendis was out of the crease at that time.

Captain Karunaratne also walked to the pavilion after the team scored 120 runs. He became a victim of leg spinner Yasir Shah after scoring 40 runs. After losing 3 wickets for 120 runs, Angelo Mathews came down to play the 100th Test of his career and Dinesh Chandimal alongside him took Sri Lanka forward after that, it seemed that both of them were in good touch. These two made a partnership of 75 runs on the 4th wicket. The two went to a tea break without being separated.

However, Mathews had to return immediately after the break. Only five cricketers have played 100 or more Tests for Sri Lanka before. Mathews becomes the sixth Sri Lankan to play the 100th Test for Sri Lanka, he hit 5 fours in a 42-run innings from 106 balls, and then he was caught behind by a superb delivery that turned well off Nauman Ali. Coincidentally, he also scored 42 runs in the first innings of his debut Test.

After Mathews got out, Chandimal added another 63 runs in a fifth-wicket partnership with Dhananjaya de Silva. He was moving towards another century. However, he threw away his wicket off Mohammad Nawaz. Coming forward and trying to play over mid-on, Chandimal was caught by the third man. Smashing 9 fours and 2 sixes, he returned to the pavilion with 80 runs off 137 balls.

After Chandimal’s departure, de Silva and Dickwella looked set for another big partnership, but de Silva was dismissed shortly before the end of the day’s play. Naseem Shah sent him back to the dressing room after taking the second new ball. De Silva scored 33 runs from 61 balls, he left a gap between the bat and the pad when the ball was coming inside.

Naseem could have got the second wicket after one ball. Pakistan captain Babar Azam took the easiest catch of Dickwella at slip. Dickwella was then batting for 24 runs. That Dickwella is unbeaten at the end of the day after playing an innings of 42 runs off 43 balls.

In the penultimate over of the day, Babar took an LBW review against Dickwella off Hasan Ali. However, he did not get the desired output. Dickwella remained unbeaten at the crease, playing another attacking inning. At the end of the day, his partner, Dunith Wellalage is unbeaten with 6 runs off 9 balls.

Mohammad Nawaz took two wickets for 71 runs for Pakistan. Nauman Ali, Yasir Shah, and Naseem Shah got one wicket each. 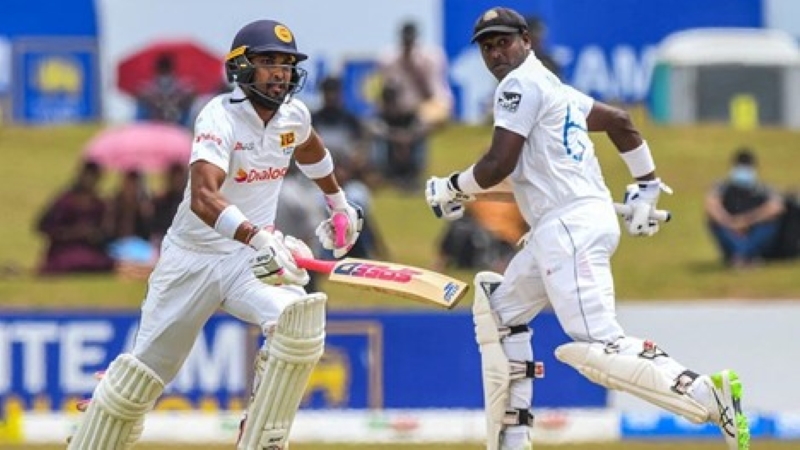