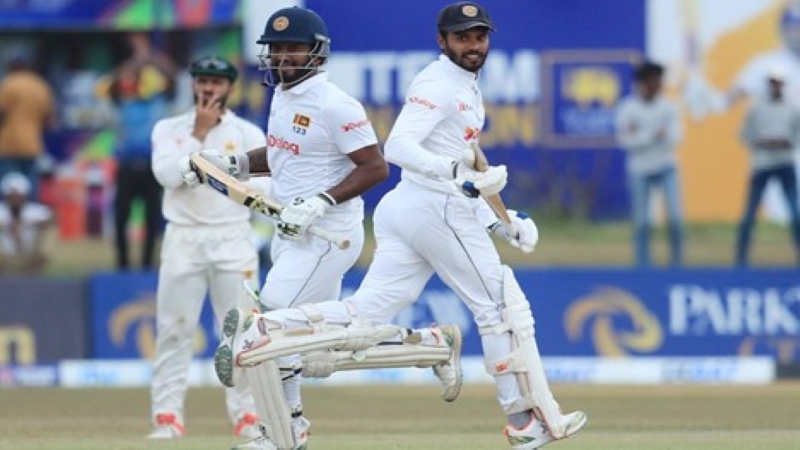 The visiting Pakistan are under pressure in the second and final match of the series at the Galle International Cricket Stadium. The hosts Sri Lanka have already taken a lead of 323 runs in their second innings at the end of the third day’s game in this match. With 5 wickets in hand on Wednesday, they will embark on a mission to extend their lead further.

Earlier, the Lankans restricted Pakistan to 231 runs in their first innings. Anointed batter, Agha Salman scored the highest 62 runs for the team. Sri Lankan off-spinner Ramesh Mendis scalped five wickets for the third time in his career with the ball in hand.

Earlier in the day, Pakistan finished the game with 191 runs for 7 wickets. Their tail-order batsmen added another 40 runs on Day 3. Hasan Ali frustrated Sri Lanka for a while by partnering with Yasir Shah, who was unbeaten the previous day, before being bowled by Prabath Jayasuriya after scoring 21 runs. Ramesh Mendis sent back Yasir who scored 26 runs and Nauman Ali who scored 1 run.

As a result, the visitors finished their first innings staying behind Sri Lanka by 147 runs. Ramesh Mendis took 5 wickets for the third time in his 10-match Test career. He spent 47 runs to do this. Apart from this, Prabath Jayasuriya took 3 wickets and Asitha Fernando and Dhananjaya de Silva took 1 wicket each.

After restricting Pakistan to 231 runs in the first innings, Sri Lanka’s second innings did not have a strong start. None of the three batsmen in the top order could cross the 20-run mark. Captain Dimuth Karunaratne could not come to open the innings and could not field due to an injury the previous day.

As a result, wicket-keeper batsman Niroshan Dickwella came to the wicket to open with Oshada Fernando. Naseem Shah gave Pakistan the first breakthrough after sending him off, Dickwella (15) tried to punch a length ball outside the off-stump.

Fernando and Kusal Mendis – both got out being LBW. Yasir Shah sent Fernando (19) back to the dressing room with his first ball in the innings. The Lankans’ score was 59 when Mendis (15) was dismissed as the third batsman in the delivery of Mohammad Nawaz. Then Dinesh Chandimal and Angelo Mathews made a partnership of 41 runs. Mathews’ controversial out came ten minutes before the tea break.

Mathews, who was quite strong till then, went to defend Salman’s ball. On-field umpire Kumar Dharmasena did not respond to Pakistan’s request. However, TV umpire Marais Erasmus changed Dharmasena’s decision after seeing a very subtle spike in Ultra Age in the review. Mathews had to return with 35 runs off 62 balls. Sri Lanka lost the fourth wicket for 100 runs.

Chandimal also got back to the pavilion immediately after the tea break scoring 21 runs. He was caught by Rizwan while trying to drive the ball off Naseem that was outside the off-stump. Sri Lanka’s lead was 264 runs after losing 5 wickets at that point. However, number 6 batter Karunaratne and the man who came down to bat at number 7, de Silva took the lead past 300 runs. In the last session, the umpires stopped the day’s game immediately after the water break due to low light. The game did not resume after that. 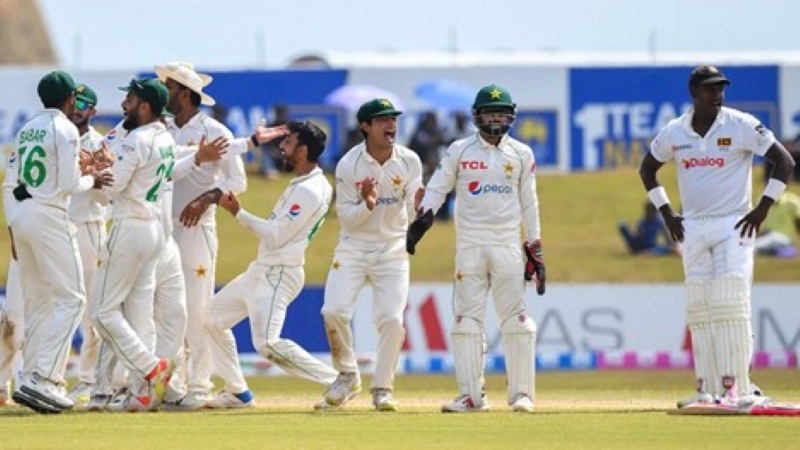