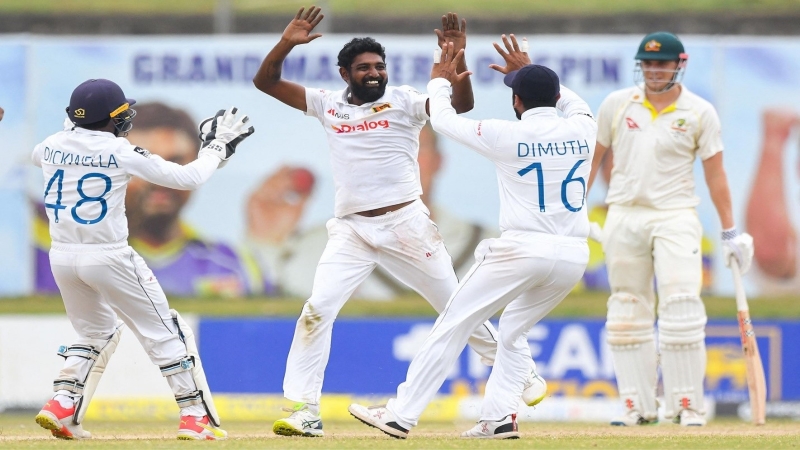 The Sri Lankan cricket team has made history at the Galle International Cricket Stadium. The Sri Lankans did what no other team has been able to do for so long. The Lankans ended the series 1-1 by defeating Australia by an innings and 39 runs.

Experienced batsman Dinesh Chandimal and debutant left-arm spinner Prabath Jayasuriya are the heroes of Sri Lanka’s historic victory. Both have set individual records. Sri Lanka scored 554 runs in reply to Australia’s 364 runs. The Aussies were all out for 151 in the second innings and lost the match.

Chandimal was unbeaten on 118 runs the day before. From there, on the 4th day, he added 88 more runs to his name accompanied by the batters in the tail row. He completed the first double century of his career by hitting a huge six off Mitchell Starc.

The Sri Lankan batsman also became the first Sri Lankan to score a double century against Australia. In the end, Chandimal remained unbeaten on 206 off 326 balls with 16 fours and five sixes. Off-spinner Ramesh Mendis scored 29 runs. Sri Lanka, who started the day with 431 runs for 6 wickets, were all out for 554 runs.

Prabath Jayasuriya, the debutant left-arm spinner, set an even bigger record after Chandimal’s record double century. The 30-year-old spinner, who took six wickets for 118 runs in the first innings, also sent back six Australian batsmen in the second innings as well. That to conceding just half of the first innings’ (59) runs.

When Australia started the second innings in the second session of the day, anybody could hardly assume that the game would end on the 4th day. However, the visitors did not have a bad start. David Warner and Usman Khawaja scored 49 runs in the opening pair. Off-spinner Ramesh Mendis broke the pair as he got the wicket of Warner (24) with an lbw.

After scoring 10 more runs, Khawaja (29) returned to the dressing room and Prabath Jayasuriya took the first wicket in the second innings. The Australian batsman went on to play defensively. But the great turned ball hit the edge of the bat and went into the hands of the short leg fielder. Jayasuriya also sent off Steven Smith (0) to the pavilion after four balls of that over. The former Australian captain was plumbed and left the crease failing to replicate the first innings’ heroics.

After Ramesh scalping the wicket of Travis Head (5), Jayasuriya smashed Australia’s middle order with 3 wickets in five balls. Jayasuriya took five wickets for the second time in the match after sending back Australia’s highest scorer of the innings Marnus Labuschagne (32) in the last ball of the 31st over, he uproot the wickets of Cameron Green (23) and Mitchell Starc (0) in the second and fourth balls of the 33rd over.

Another Test debutant, Maheesh Theekshana, also joined the spin festival as he picked up the wickets of Pat Cummins (16) and Nathan Lyon (5). Jayasuriya ended the match as he bowled Swepson in the next over. As a result, Sri Lanka secured the victory with one day in hand, they’ve brought back parity in the series as well and Prabath Jayasuriya’s name has been studded in the record book.

Because Jayasuriya has now set the record for the best bowling in debut Test for Sri Lanka. He took 12 wickets for 177 runs in the match. In the Pallekele Test against Bangladesh last year, another young left-arm spinner Praveen Jayawickrama took 11 wickets for 178 runs in his debut.

In addition, Jayasuriya became the fifth bowler in the world to take 12 wickets in his debut Test. Earlier, it was done by Frederick Martin (12) of England, Bob Massie (16) of Australia, Narendra Hirwani (16) of India, and Jason Krejza (12) of Australia.

Result – Sri Lanka won by an innings and 39 runs

Player of the match – Prabath Jayasuriya

Player of the series – Dinesh Chandimal 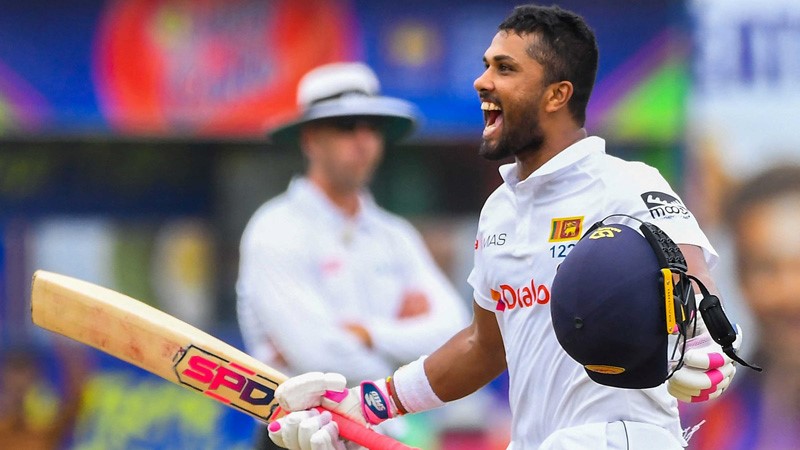