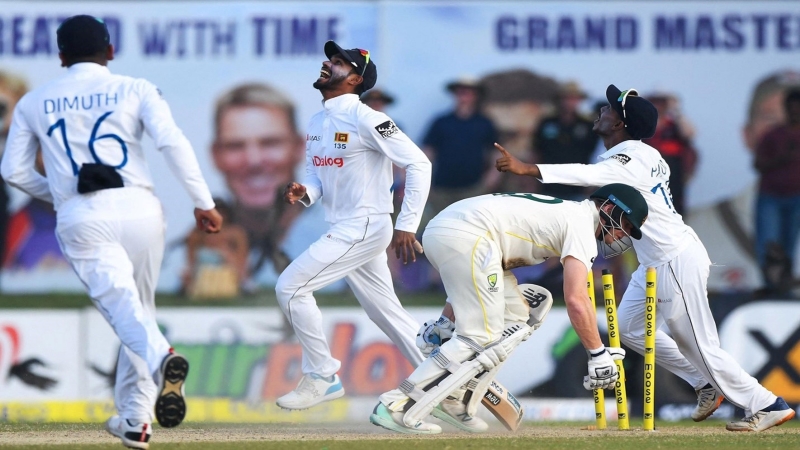 The Sri Lankan cricket team has made their team completely spin bowling dependent to take on Australia on the spinning track. However, the performance on the field shows that the Lankans did not think much about Aussie spin. Because, when the hosts won the toss and elected to bat on the first day of the Galle Test, they could not do well due to the Aussies’ great spin bowling attack.

Sri Lanka was bowled out for just 212 runs courtesy of Nathan Lyon and Mitchell Swepson. In the middle order, only Niroshan Dickwella has been able to put up some resistance for the hosts. Batting in reply, Australia lost 3 wickets in 25 overs and scored 98 runs to end the first day’s game. The visitors are still 114 runs behind the hosts.

The two Sri Lankan openers got off to a good start after winning the toss and choosing to bat first. But Aussie captain Pat Cummins started the Sri Lankans’ downfall by sending back Pathum Nissanka for 38 runs. Nissanka scored 23 runs. Mitchell Starc brought the second breakthrough for the Aussies. Kusal Mendis returned to the dressing room with just 3 runs in his great delivery.

The first session was not bad for the Lankans, as they lost 2 wickets and scored 68 runs. However, in the second session, Sri Lanka got into serious trouble due to the two spinners Lyon and Swepson. Lyon’s ball was caught by David Warner to dismiss the Sri Lankan captain Dimuth Koranaratne (28).

After a while, Swepson sent Dhananjaya de Silva (14) and Dinesh Chandimal (0) to the dressing room with two balls in a row. Both deliveries were great and could be expressed as a perfect delivery for the leg-spinners that just pitched outside leg and took a sharp turn to find an edge off the bat.

Then Dickwella came on the wicket. However, Sri Lanka has lost 5 wickets to make 97 runs. He started to play in a counter-attacking fashion. At the other end, Angelo Mathews (39 off 71 balls) was the second victim of the Lyon, but Dickwella did not stop. He completed his half-century with just 42 balls and the hosts went to the tea break with 191 runs for 6 wickets.

After the break, however, Lyon and others started to attack Sri Lanka’s batting order again. Dickwella’s 54-run partnership with Ramesh Mendis broke first, and Mendis’ (22) wicket was taken by Australia with a review. Lyon also sent off Dickwella, he hit 6 fours to play an innings of 58 off 59 balls.

In his next over, Lyon got the wicket of Lasith Embuldeniya (6) and completed his 5-wicket haul. The off-spinner took 5 or more wickets in the innings 20 times in his career. Swepson ended the Lakans’ innings by sending back debutant Jeffrey Vandersay (6). As a result, Sri Lanka was all out for 212 runs in 59 overs.

Alongside Nathan Lyon, another Aussie spinner Mitchell Swepson took 3 wickets for the Aussies. Pat Cummins and Mitchell Starc also took one wicket each.

Sri Lanka has come into the field with three recognized spinners in this Test to put pressure on Australia. The Sri Lankan spinners bowled 24 out of 25 overs on the first day. However, Australia started positively after coming down to bat. In 9 overs, Usman Khawaja and David Warner picked up 47 runs in the opening pair.

Ramesh Mendis got the first breakthrough for Sri Lanka, Warner returned to the dressing room with 25 off 24 balls in his arm ball. On the second wicket, Marnus Labuschagne and Khawaja made a pair of 28 runs off 37 balls. Labuschagne (13) returned to the pavilion after being caught on the point to play a reverse sweep off Mendis.

Then Steven Smith was run out for 6 runs. At the end of the day, Khawaja is unbeaten on 47 off 86 balls with 5 boundaries. Travis Head is on the wicket with 6 runs as his partner. 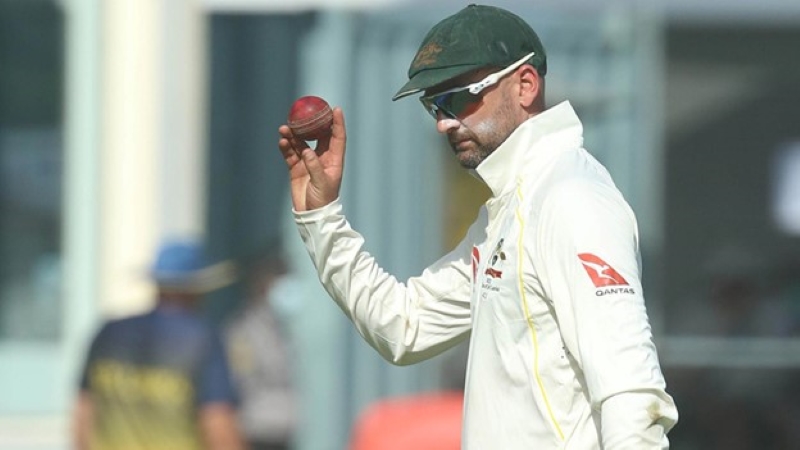