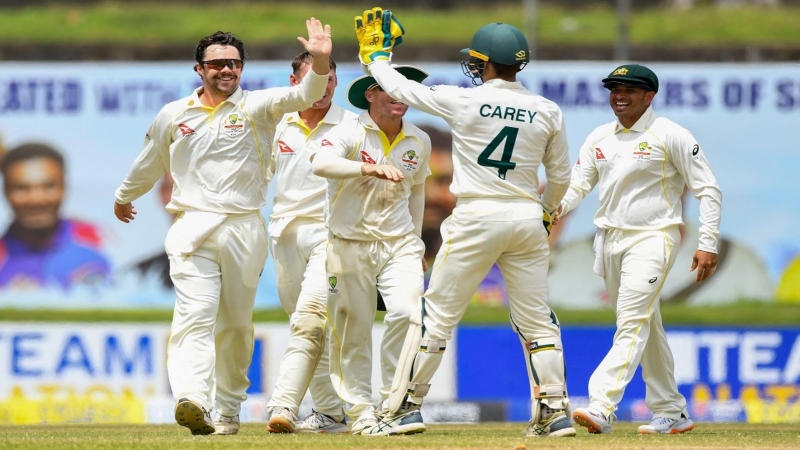 On the morning of the third day, Sri Lankans were pretty quick to dismiss the visiting Australians. But it didn’t take long for that smile to disappear. Sri Lanka was trailing by 109 runs in the first innings and got to bat for the second time in this match for just 22.5 overs.

The Sri Lankans were bowled out for 113 in the second innings due to brilliant bowling performances by Nathan Lyon and Travis Head. As a result, the target of victory in front of Australia was only 5 runs. David Warner played the first two balls of Ramesh Mendis watchfully and hit a boundary on the third ball. Then they needed only one run to win the match. But the Aussie opener could not resist the urge to end the match by hitting a six.

This ensured the victory of Australia by 10 wickets playing only 4 balls. With this victory, Pat Cummins’ team has taken a 1-0 lead in the 2-match Test series.

Sri Lanka scored 212 in the first innings. Australia’s 1st innings stopped at 321 in reply. Starting the third day with 313 runs for 8 wickets, Australia managed to play only 11 balls in the morning. Aussie captain Pat Cummins (26 off 18 balls) was bowled by Asitha Fernando. In the same over, the fast bowler also bowled Mitchell Swepson (1) to restrict Australia to 321 runs.

Sri Lanka did not have a bad start from starting behind by a big margin. Dimuth Karunaratne and Pathum Nissanka scored 37 runs in the opening pair. Nathan Lyon broke the tie by sending off Karunaratne (23) to the dressing room. Nissanka (14) became the victim of Mitchell Swepson.

Lyon picked up the wicket of Kusal Mendis who scored 8 runs. Oshada Fernando got a chance to replace Angelo Mathews as he was positive in the Covid-19 Test. He also could not take the advantage of that. Swepson returned to the pavilion with 12 runs. As a result, the Lankans scored 63 runs for 4 wickets.

Even then it was not understood that the hosts would collapse in this way. Who knew, Travis Head would show such a surprise! Head, who has never taken a wicket in his Test career before, bowled Dinesh Chandimal (13) on his second ball. Dhananjaya de Silva (11) was lbw in the fifth ball of that over.

Head’s ball on the spinning wicket was throwing the batsmen of the host team in confusion. Head also picked up a pair of wickets in his third over. The part-time off-spinner bowled Jeffrey Vandersay (8) in the first ball of the over and Lasith Embuldeniya (0) in the fifth. As a result, Sri Lanka lost the last 6 wickets for 18 runs.

Earlier, Ramesh Mendis (0) and Niroshan Dickwella (3) were sent to the dressing room by Lyon and Sri Lanka was bowled out in just 22.5 overs. That’s why the match also ended before lunch on the third day.

Head, who had not taken a single wicket in the previous 26 Tests, snapped up 4 wickets for 10 runs in just 2.5 overs. Nathan Lyon also took 4 wickets for 31 runs in 11 overs. Another spinner Mitchell Swepson took 2 wickets.

Pace bowling all-rounder Cameron Green has been named Player of the Match despite the spinners’ dominance. Because thanks to his adventurous innings of 77 runs, Australia got a lead of more than a hundred on such a wicket. The two teams will meet in the second Test of the series on July 8 at the same venue.

Player of the match – Cameron Green 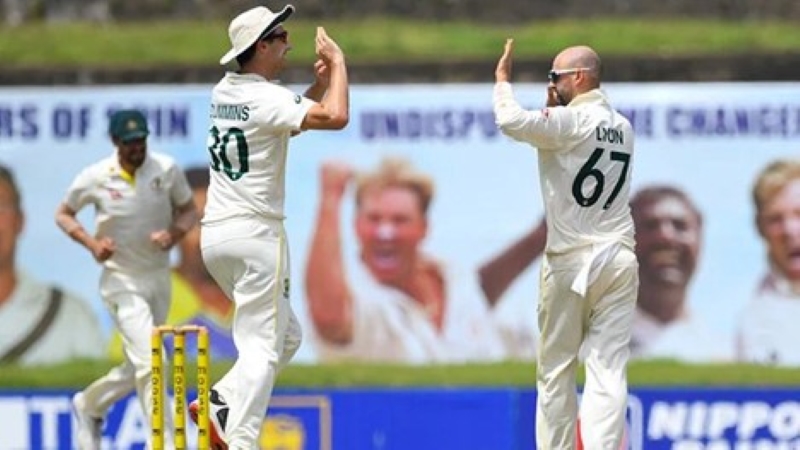