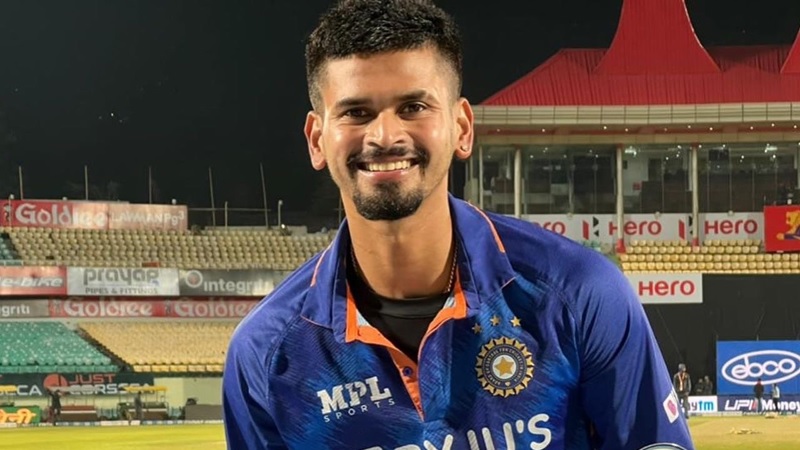 Shreyas Iyer did not get a chance in the Indian team for the Asia Cup. But the captain of Kolkata Knight Riders (KKR) improved six steps in the T20 rankings.

He did not get a place in the Indian team in the Asia Cup, taken as a standby cricketer.

The name of this cricketer, who did not get a chance in India’s T20 team, is now at the upper position of the ICC rankings. Shreyas is at 19th place by moving six steps up in T20 batsmen ranking with 578 points.

He played five T20 matches against West Indies. Although he did not score good runs in the first four matches, this right-handed batsman played an innings of 64 runs off 40 balls in the last match. And these innings have brought him to the top of the T20 list.

Pakistani captain Babar Azam is the top batsman in T20 with 818 points. Then India’s middle-order batsman Suryakumar Yadav is in the 2nd position. He has 805 points. Mohammad Rizwan is number three with 794 points. Number four is Aiden Markram (792) and number five is Dawid Malan (731).