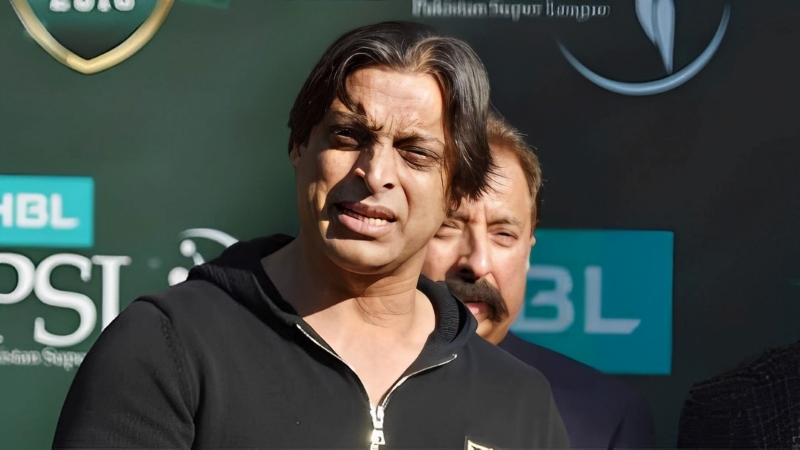 Former Pakistani fast bowler Shoaib Akhtar was at the top of the discussion by showing 22-yard power in his cricket career. Even after retirement, he is at the top of the discussion – criticism for various reasons. His biopic ‘Rawalpindi Express’ was going to be made with this former speedster of Pakistan. But Shoaib Akhtar suddenly withdrew from it. Shoaib decided to cancel the contract by threatening the director. Recently, he announced his withdrawal from the biopic through a statement on social media. This incident is going on in the cricket world.

The former cricketer of Pakistan wrote under the title ‘Important announcement’, “I had many dreams about my biopic, but I want to inform everyone with sadness I have decided to withdraw myself from the film ‘Rawalpindi Express’. It is sad but I and my management will cancel the contract with the director of this film through a legal battle. I had a lot of dreams about my own biopic, of course, it was a big project, and I tried a lot to save it but in the end, it didn’t happen. A biopic would have been great but unfortunately, things didn’t go well. So I dropped this project. “

Shoaib said that he could not resolve the differences between them even after many attempts. So in the end Shoaib decided to cancel the contract. He also wrote, “There were some disagreements about the biopic. We tried to resolve them amicably in the interest of the film. But the truth is that in the end, we failed, and even breached the contract constantly. Wanted to do the biopic but finally decided not to do it. I waive the right to make a movie based on my life story.”

It should be noted that Pakistani actor Umair Jaswal was supposed to act in Shoaib Akhtar’s biopic. But he also withdrew from the agreement. In a tweet, Jaswal announced his decision to withdraw from ‘Rawalpindi Express’. Pakistani film director Mohammad Faraz Qaiser was going to make a biopic on Shoaib Akhtar. As soon as the news of Shoaib’s biopic not being made spread, discussion and criticism started on social media.