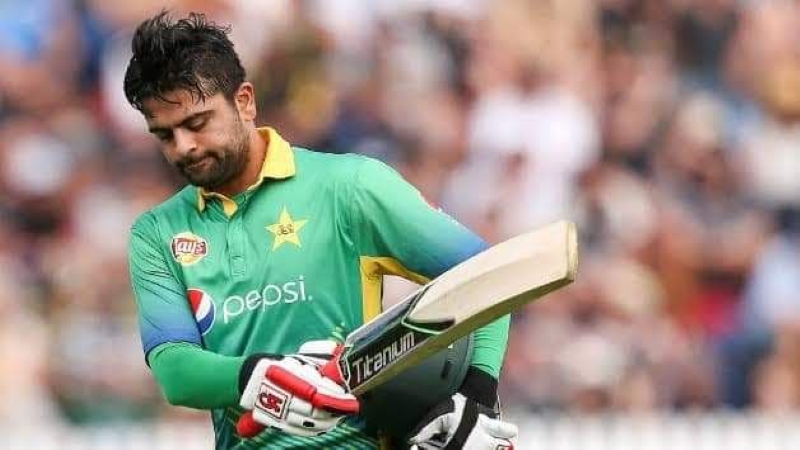 Ahmed Shehzad, a one-time star batsman of Pakistan, has been talking to the media regularly for several days now. He had complained a few days ago that his career had come to a halt due to the legendary Walker Younis. This time, Shehzad has claimed that he was assured of becoming the captain of the Pakistan team seven years ago.

Shehzad said he had discussed the matter with then Pakistan Cricket Board (PCB) chairman Najam Sethi before the 2015 World Cup. He clamied that Najam told Shehzad that in future Shehzad will be the captain of Pakistan.

In an interview, Shehzad said, ”Najam Sethi talked to me just before the 2015 World Cup. He then told me that after Misbah-ul-Haq, I could be a very good choice as the captain of the Pakistan team. He told me directly that I would be the captain of Pakistan after Misbah.”

However, Shehzad also explained why Najam wanted to make Shehzad the captain to have more qualified cricketers in the team. He said, ”He (Najam) thought, I can handle the media very well. I can speak well. I will be able to project a positive image of Pakistan to the outside world. ”

Recalling the incident, Shehzad added, Najam Shehzad told me, ”You are very beautiful. Your looks, clothes are all great. You can be a great image of Pakistan in the outside world. Performance is also excellent. There is a thought to make you captain. You are truly an asset of Pakistan Cricket. The 2015 World Cup is Misbah’s last tournament. Then you can be the captain. So that’s how you should behave.”

There is a rumor in the Pakistani media that Shehzad could have been a batsman like India’s Virat Kohli. Shehzad also agrees. Shehzad even said that he had everything to be a ‘Kohli of Pakistan’. However, the former opener claimed that he could not do that due to lack of qualified leader and direction in the team. As Kohli got.