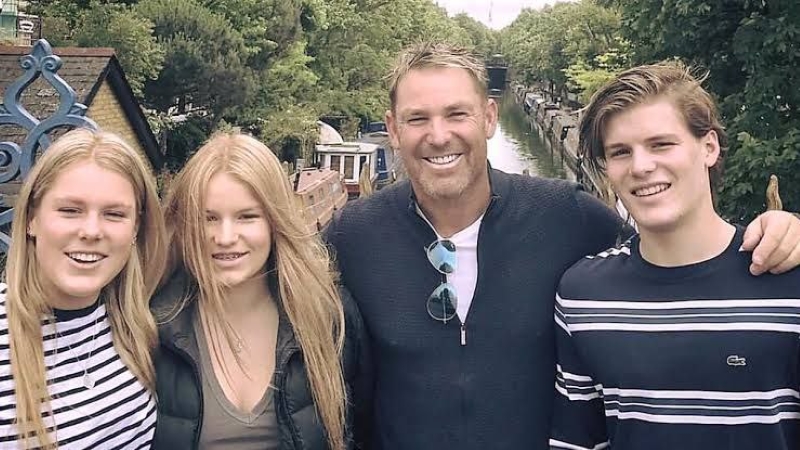 He was a discussed character everywhere on the 22 yards of the field or off the field. Just as he used to make headlines for his unique feats in his playing career, he was also in the news for his controversial activities off the field. Shane Warne is on top of everything now.

The legendary leg spinner died of a heart attack while on holiday in Thailand on March 4. He was 52 years old at the time of his death. Before his death, he was associated with Australian Channel Nine for a long time. After Warne’s death, this channel decided to make a biopic on him.

The biopic is titled ‘Warny’. According to the channel authorities, this biopic will be made in two parts. However, within a few months of his death, the initiative of making a biopic on Shane Warne was not liked by the two daughters of the Aussie legend, Brooke and Summer. Elder daughter Brooke called the plan to make a biopic “disrespectful”.

In an Instagram post, she wrote, “ Do any of you have any respect for Dad? Or his family? Who did so much for Channel Nine and now you want to dramatize his life and our families (sic) life 6 months after he passed away.”

Warne’s younger daughter Summer did not stop there. She wrote, “I want to know why those who take such a decision think that the initiative is very good? Let some respect be maintained. It’s not even 6 months since my father passed away. Meanwhile, they are trying to make money by making a biopic.”

Meanwhile, Warne’s manager James Erskine has opened up about the production of Warne’s biopic. “He died a few months ago. They should be ashamed of themselves before they think of doing something sensational,” said the long-serving manager.

However, a spokesperson for Channel Nine said in this incident, The biopic gives Shane Warne the respect he deserves. Who will star in the biopic is yet to be decided. However, according to the information of Channel Nine, this Australian biopic may be released in 2023. But there is no end to the curiosity of Shane Warne fans around this biopic. This is called Star fame!