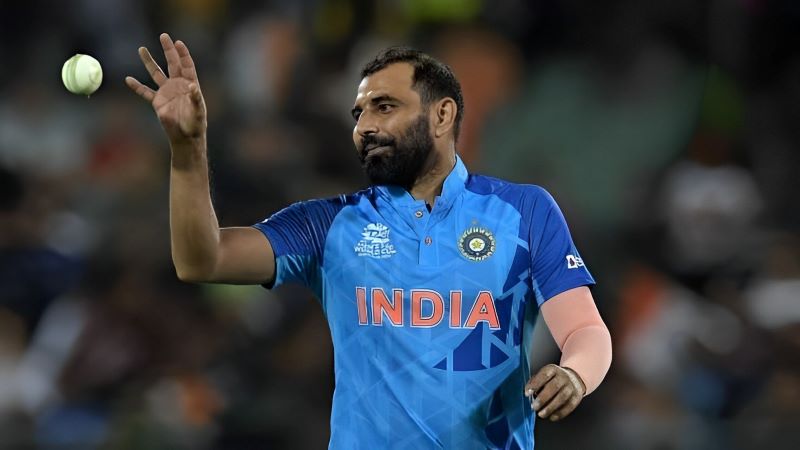 Even before Jasprit Bumrah got injured last year, Mohammad Shami was not a regular player in the Indian team. He was not initially considered for the last T20 World Cup by the Board of Cricket in India (BCCI). But in the end, with Bumrah unable to play, India relied on Shami. This pacer has made himself consistent from there. Even in the new year, his reign continues with the ball in hand.

Shami is on fire with the ball in the home series against New Zealand. After receiving the Man of the Match award in the second ODI of the three-match series, the Indian pacer spoke about his thoughts on workload management. Where he prefers playing matches more than resting. However, Shami is seeing success in that. He wants to maintain consistency in the upcoming ODI World Cup.

On his plans and form for the World Cup recently, Shami said, “Practice is not that important for me. Playing matches is the real preparation. The more matches one plays before any big event, the better the preparation is. Workload management is going well. I want to keep it up in the future as well.” . I believe our players will be in the best position till the World Cup.”

It should be noted that the ODI World Cup is going to be held in India this year. BCCI has already started planning for this World Cup. Because Asian giants have not been able to bring home the ICC title for a long time. However,, BCCI wants to keep the players injury-free first. In that case, Shamid’s performance is a relief for India.

Meanwhile, nowadays many cricketers think that it is more important to rest than to play regularly. Because besides the busy schedule of international cricket, the cricketers have to cope with the pressure of franchise leagues around the world. If there is a continuous game, the risk of injury is also high. Although Shami is walking on a completely different path.