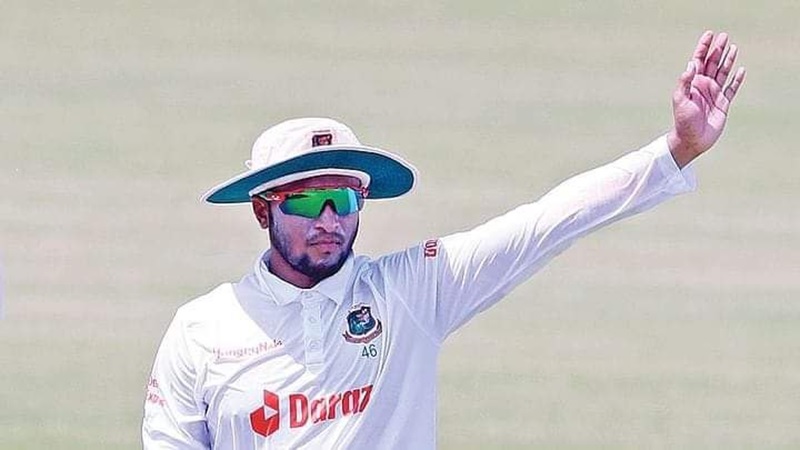 In white-jersey cricket, Bangladesh’s luck seems to be bad. Despite strengthening their position in ODIs, Team Bangladesh is still thriving in Test cricket. Even after changing the captain, team, and XI, the golden deer named Victory is not seen. In such a situation, the new captain Shakib Al Hasan knows very well that he will have to be devastated by various questions. However, this time he asked a new question. Shakib has raised questions about the culture of Test cricket in Bangladesh.

The reluctance of several Tiger cricketers to play Test cricket is now an open secret. Before becoming the captain, Shakib himself was not interested in white-jersey cricket. Test cricket reluctance is the root of not getting success? Are players fully focused on the Test?

In response to such a question, Shakib said, ” It would not be right to blame the players too much here. You don’t have to blame only the players. But that is the system of our country. When do you see 30,000 spectators watching Test matches in Bangladesh or 25,000 spectators coming to the field to watch Tests? In England, there are such spectators in every match (Test). The culture of Tests has never been developed in our country, not yet.”

Bangladesh’s white-jersey cricket has not been evaluated much. If you want to change the test culture, you have to change this trend together. The Test captain said, “The matter is not like that the Test culture which has not been developed, would not develop in future.  It is our responsibility to change this. Maybe something will be possible only if everyone can plan and move forward together. Otherwise, it will not be possible to go very far. ”

Shakib added: “We don’t have a Test culture. It’s not that we evaluate Test cricket too much. Yes, maybe we didn’t do well, so we didn’t evaluate. Something good from this is possible.”