Shakib’s father’s name is fraudulent in the share market scam, what did his business partner say? 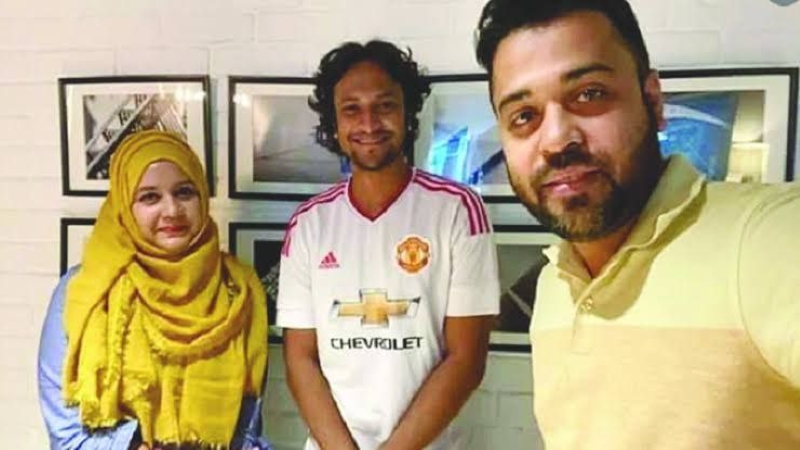 But now it is known that Kazi Abdul Latif is the father’s name of Kazi Sadia Hasan, managing director of Shakib’s company Monarch Holdings. Meanwhile, Sadia is the wife of Abul Khair Hiru, one of the most talked about people in the stock market.

The discussion and criticism started after the matter of manipulation of Shakib’s father’s name came to light. However, due to an unintended mistake during registration, Shakib’s father’s name has been replaced by a different name, claimed his business partner Hiru. He claimed that the Directorate of Joint Venture Companies and Firms, RGSC had made this mistake and said that the mistake would be rectified soon.

In this regard, Hiru told the media, ”There was no mistake during the creation of the company form. But while doing some additional work, they mistakenly put Sadia’s father’s name in place of Shakib’s father’s name. I got to know the matter. The mistake was made by RGC. ”

Meanwhile, Bangladesh Cricket Board (BCB) is silent on this stock market incident of Shakib. Even the chief executive of the board, Nizamuddin Chowdhury Sujan, clarified that the matter is completely outside of cricket. He said, Shakib is currently out of the country (to play in the Caribbean Premier League). BCB is unable to comment on this.

However, after Shakib’s share market scandal came to light, there created a storm of criticism on social media. Many say such activities are unexpected from the biggest star of Bangladesh cricket. Many have also questioned whether such controversies will affect Shakib’s form ahead of the upcoming T20 World Cup.