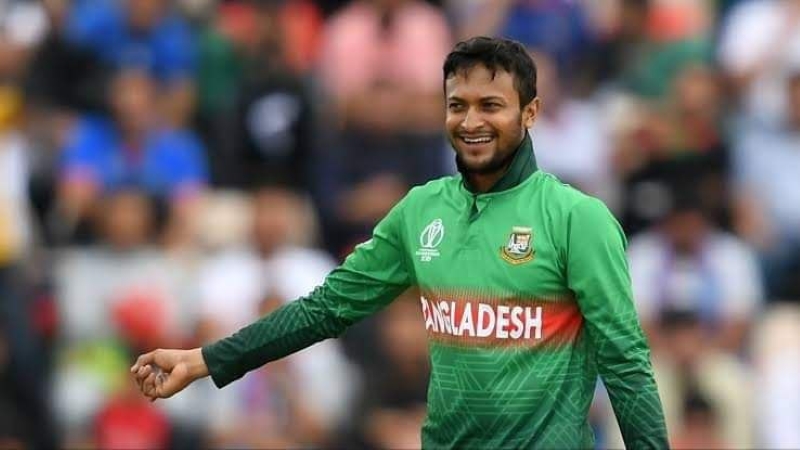 The affinity of the word ‘record’ with the name of Shakib Al Hasan is quite great. The poster boy of Bangladesh cricket is constantly surpassing himself. For the Bangladesh captain, breaking records is a matter of twists and turns. This time, the world’s best all-rounder created a unique record in T20. Whereas only he has reached that milestone single-handedly.

Shakib became the cricketer with the longest career in T20 International by playing against New Zealand in the tri-series on Sunday. His current career age is 15 years 316 days. Shakib surpassed compatriot Mushfiqur Rahim and Indian wicketkeeper Dinesh Karthik to achieve this record.

Karthik had the longest career cricketer so far. Currently, the age of this experienced cricketer’s international T20 career is 15 years and 307 days. Former Bangladesh captain Mushfiq, who retired from this format a few days ago, is number three on the list with a career of 15 years and 277 days.

Meanwhile, skipper Shakib set another record when he came down to toss at Hagley Oval on Sunday. On this day, he surpassed former captain Mushfiqur Rahim to become the captain who has led Bangladesh the most times in T20. Shakib has led in 24 matches so far. Bangladesh played 23 matches under the leadership of Mushfiqur.

It should be noted that in the last Asia Cup, Mahmudullah Riyad was suddenly removed and Shakib was made captain of the T20. However, under the leadership of Shakib, the Bangladesh team failed in the Asia Cup. He could not play the first match of the tri-nation series due to arriving late after playing CPL. Shakib could not match himself in the second match. Let’s see how the captain does in the rest of the matches.