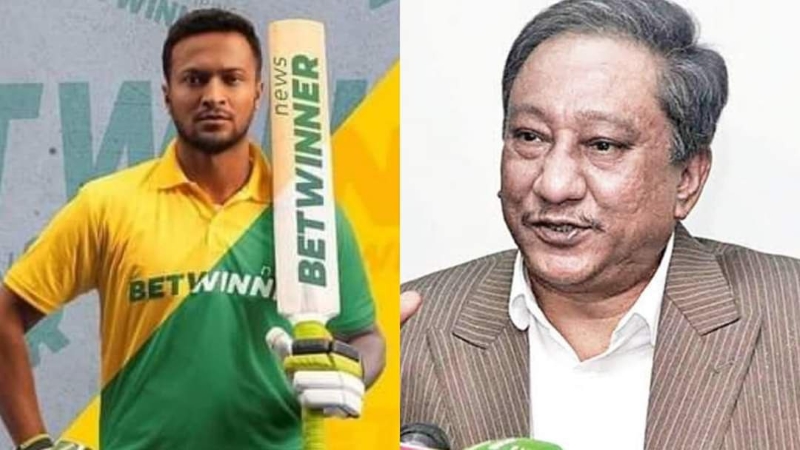 Almost all participating teams have already announced their squads for the upcoming Asia Cup. But still the Bangladesh Cricket Board (BCB) could not announce the squad. More than one cricketers are injured. At that moment, about the important member of the team, Shakib Al Hasan, has been created uncertainty.

BCB is indecisive about not keeping Shakib in the squad due to the agreement with the betting organization ‘Betwinner’. BCB President Nazmul Hasan Papon has been taking a strong stand ever since the news of Shakib’s contract with the forbidden organization came to light.

BCB president said, ”I have already said – I will not accept it. Personally, I have a zero tolerance stance on this. Now I will decide after talking to others.”

After Thursday’s meeting, Papon also said, “If the contract with Betwinner News is not canceled, Shakib will not have anything to do with Bangladesh cricket, including the upcoming Asia Cup.”

Speaking to the media on Thursday, Papon said, ”See, we have given him (Shakib) a letter. The deadline for replying is Wednesday. I heard he will reply soon. Let us know first, then we will decide. But it is confirm, if he continues with the betting site, he won’t have any relationship with BCB and Bangladesh cricket.”

It is to be noted that Shakib, the poster boy of Bangladesh cricket, has become the goodwill ambassador of Betwinner News, a sports news publishing website, a subsidiary organization of Betwinner. BCB asked Shakib to cancel the contract after knowing the matter. But till now Shakib has not said anything to change his own position.