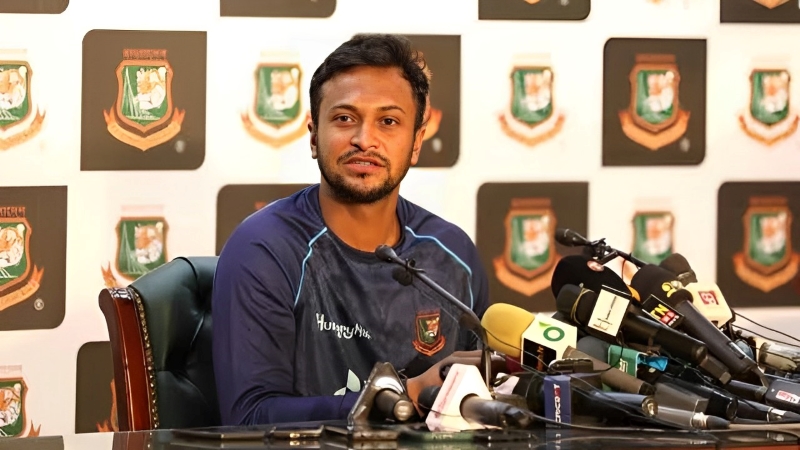 The beginning of every season of the Bangladesh Premier League (BPL) means that there are a lot of controversies. It doesn’t exist, it doesn’t exist. Innumerable wrong umpiring led to arguments on the field. Shakib Al Hasan spoke about these issues a few days ago. In an interview, he said that if he was the CEO of BPL, he would have taken less time to fix these irregularities. Bangladesh Cricket Board (BCB) has invited Shakib to become the CEO of the next season of BPL. Of course, Shakib wants to be the board president. This is what the Bangladesh Test and T20 captain said in an interview.

Events before the start of the ninth season of BPL. Shakib said in response to reporters’ questions on the issue of non-standard BPL, “That’s the situation in BPL. Nothing is right. Many things can be fixed in BPL if there is a will. Planning ahead, DRS, auction and other facilities are not difficult, everything can be fixed in time. If I were the CEO of BPL, I would have fixed everything in 2 months. If you try hard, it shouldn’t even take 2 months to do everything.”

Shakib’s explosive comments caused a storm in the country’s cricket. BCB was shaken by the Test and T20 captain’s statement. BCB Governor Council Chairman Sheikh Sohail replied to his words. He said, “We are inviting Shakib as CEO of BPL too. If he wants to come, it is better if he does everything right. If he comes and helps, it is better for us. Now he is playing. Let him come as CEO from next year.”

With such an invitation from the board, Shakib did not remain silent at all. The world’s best all-rounder responded to BCB’s invitation by saying, “Why CEO of BPL, then it is better to be the president of BCB.” Of course, it is clear from Shakib’s comments that he wants to be the head of the entire board, not just the head of a tournament. Although he has had such a wish before. After leaving the game, Shakib wants to come to the cricket board to contribute to the country’s cricket.

Meanwhile, just as Shakib is strong off the field, so is his reign on the field. The captain of Fortune Barisal started his journey with an explosive half-century against Sylhet Strikers in this tournament. Although his team could not win that match even with a big collection. But the star-studded team is determined to turn around, led by Shakib. The world’s best all-rounder is the main force to advance the Barisal team with the bat. But beyond the BPL, Shakib’s explosive interview outside the field is now the talk of the country.