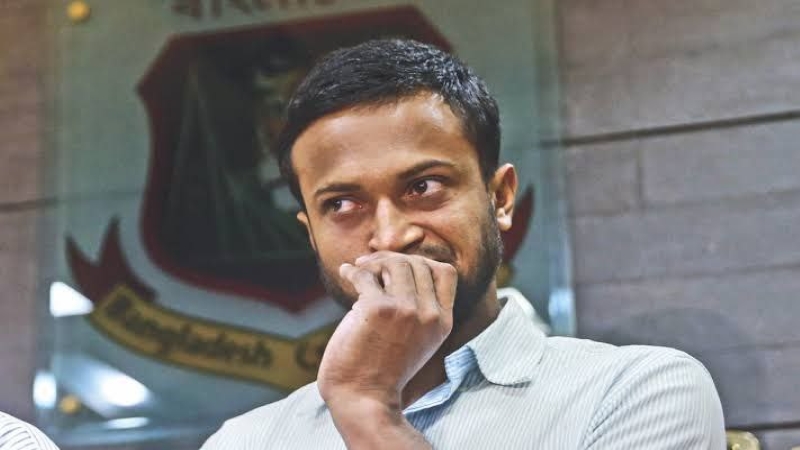 This time Shakib got involved in a new controversy. The complaint against the Bangladesh captain is a scam in the stock market. Where in the documents of his company Monarch Holdings, Shakib wrote fake name instead of his father’s name.

The real name of Shakib’s father is Khandaker Mashroor Reza. But in Monarch Holdings’ papers, instead of father’s name, Shakib wrote, ‘Kazi Abdul Latif’. There is so much difference between the two names that there is no chance of even considering this as spelling mistake. Both names are completely different.

Discussion and criticism have already started after the matter came to light. Many netizens are criticizing Shakib harshly. Many are disappointed with such activities of the country’s biggest cricket star. But Shakib is tight lipped about the matter. He did not speak to the media in this regard.

However, Bangladesh Securities and Exchange Commission Chairman Shibli Rubaiyat Ul Islam said regarding the ‘name fraud’ of Shakib’s father, “Investors’ information is verified through the National Identity Card (NID). So, there is no opportunity for the father to use a fake name.”

Meanwhile, Bangladesh Cricket Board (BCB) does not want to be involved on Shakib’s new controversy. Chief executive of the board Nizamuddin Chowdhury Sujan said in this context, ”This is a completely external matter. Shakib himself is now out of the country. These things do not come to us. As you are listening, so are we. Therefore, it is not possible for me to speak about the matter at the moment.”

Notably, Shakib is currently staying in the Caribbean Islands to play the Caribbean Premier League (CPL), a T20 tournament based on the West Indies franchise. BCB has also given him permission to play there. Due to which Shakib will also miss the practice camp and two matches in UAE. He is expected to join the national team for the tri-nation series after finishing the CPL.