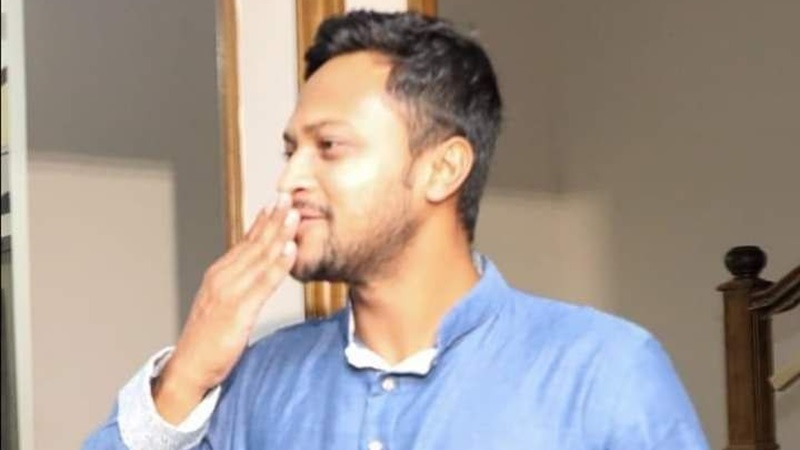 Shakib Al Hasan always has an extra surprise. Already got the ‘benefit of the doubt’, Shakib will lead the Bangladesh team till the upcoming Asia Cup, T20 World Cup to be held in Australia. As a result, except for ODI, he is now the leader of Bangladesh in the other two formats.

The world’s best all-rounder came under fire for being the goodwill ambassador of Betwinner News, a subsidiary of internet betting company Betwinner. However, due to the strong position of the Bangladesh Cricket Board (BCB), Shakib finally canceled the contract. After that, he got the captaincy as a reward from the board.

However, in the meeting with the BCB chief, Shakib said that he was misunderstood. He did not know about betting company Betwinner. Shakib even promised not to repeat the same mistake in the future. A smiling Shakib was seen after the meeting. He waved hands to fans when he came out smiling.

But the most talked about and the eye-catching thing was Shakib’s ‘Flying Kiss’. Shakib gave ‘Flying Kiss’ to everyone present while leaving Papon’s house. And that’s how all mistakes and distance were erased in an instant. Shakib’s one kiss unites the cricket lovers of Bangladesh, the board, and the journalists too.