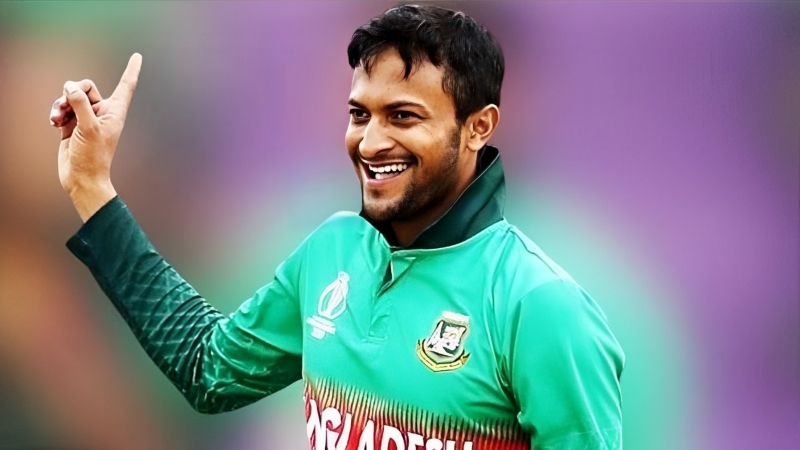 Shakib Al Hasan is at the center of discussion even before the start of the ninth season of Bangladesh Premier League (BPL). Just as he is in a war of words outside the field, the aggressive Shakib is seen on the field as well. He came to play in Chittagong after the Dhaka phase in the midst of these discussions and criticisms. But something different happened there. A fan grabbed Shakib when he got close to him. Since then, the issue of Shakib’s safety has come to the fore. Along with this, there is a discussion in the cricket of the country.

Chittagong phase BPL starts from January 13. The previous day, Shakib went to inaugurate a clothing company’s showroom. After going there and standing on the stage, suddenly a young man came running towards Shakib. The young man jumped and hugged him. However, the security guards immediately removed him. But later it is known that the young man who was hugged is a fan of Shakib. However, the incident created a stir in the cricket neighborhood.

Of course, apart from this incident, nothing much happened there. After removing the fan, Shakib opened the show room again. The world’s best all-rounder gave a speech there and also took pictures with the fans. Hearing the news of his presence, numerous fans – supporters gathered there in advance. They were not disappointed. Shakib met everyone’s needs with a smile. However, after the incident of the fan of Shakib, the discussion about his safety started again.

Speaking about the incident, a person associated with the event said, “Shakib came here to inaugurate the company’s showroom. Naturally, many of his fans came here. They all chanted ‘Shakib Shakib’. At one point, a fan hugged him. The security guards quickly removed the fan. Later we completed the opening ceremony properly. There was no problem.”

It should be noted that Shakib is playing for Fortune Barisal in this year’s BPL. His team is formed with domestic and foreign star cricketers. There are mentors like Nazmul Abedin Fahim. So with the world’s best all-rounder at the helm, the southern team dreams of winning the title. The team’s strength and capabilities are also promising. Apart from this, the captain Shakib is also there, with the same rhythm with the bat and the ball.