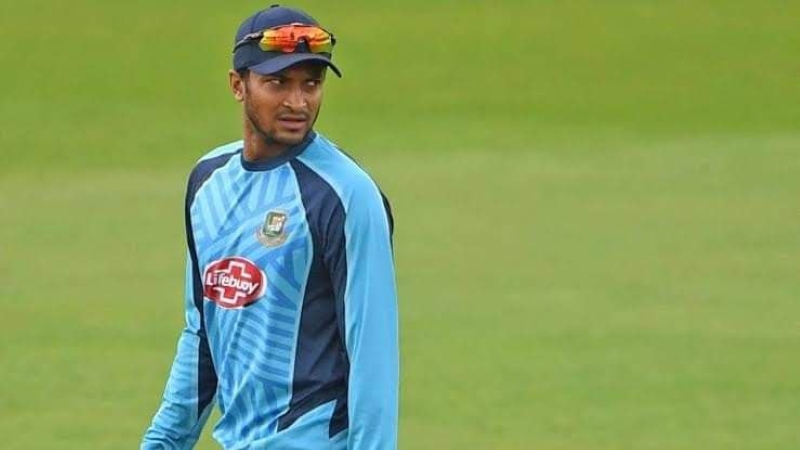 Shakib Al Hasan was absent from the last two-match T20I series against the United Arab Emirates as part of World Cup preparations. The Bangladesh captain is not with the team as they are mainly going to play in the Caribbean Premier League (CPL). This time he is not even practicing before the tri-nation series in New Zealand.

According to team management sources, team director Khaled Mahmud Sujan does not know when Shakib will join the team. However, it is believed that he is scheduled to go to Christchurch on October 5 or 6. In that case, Shakib will get a chance to practice one day with the team on October 6. Otherwise, he will enter the match directly on October 7.

Meanwhile, since Shakib’s team could not reach the finals of the CPL, he went to America to spend time with his family after finishing the CPL. That is why he is late in reaching New Zealand.

There is also criticism on the matter. Many of netizens have questioned whether Shakib is as sincere about playing the franchise league in different countries as he is about the country. Or why will he join the team at the last moment even as a captain? But Shakib has always responded to his critics with performances on the field.

Meanwhile, the Bangladesh team reached Christchurch on Sunday after a long flight. The Tigers will rest there for one day (Monday) and practice the next day (Tuesday). About this, tour operations manager Rabid Imam said, there are clouds and light rain in the sky of Christchurch. However, the team will practice at the appropriate time.

Rabid said, ”There is a nice shade on the green pitch. Which is made of permanent infrastructure. The shade opens when it rains, and the shade covers when it rains. So, practice will continue uninterruptedly. ”

The tri-nation series is Bangladesh’s last series in New Zealand before the World Cup. After that, Shakib’s team will go to Australia to play in the World Cup. Team Bangladesh is waiting for a new start in the T20 after overcoming the failure of the last Asia Cup. Let’s see if the Tigers can overcome past failures and shine in the World Cup.