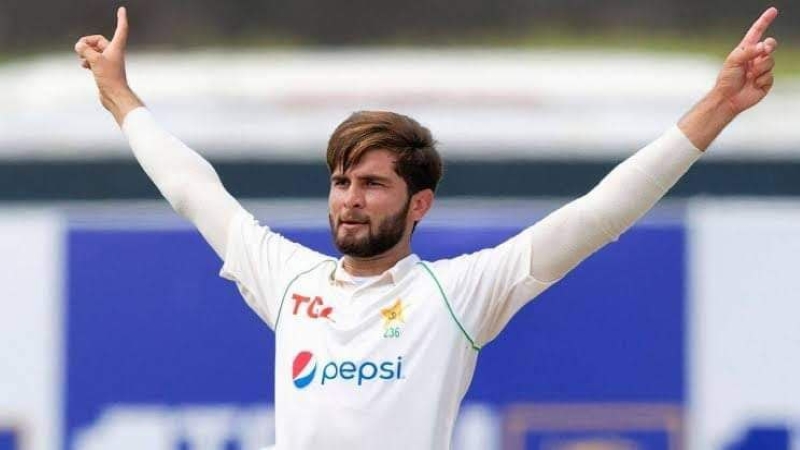 In the second and final Test of the ongoing Test series in Sri Lanka, Pakistan has to play without the team’s star pacer. Shaheen Shah Afridi has injured his knee. And that’s why he has been dropped out. In planning the XI, the Pakistan captain has to think without the left-arm pacer.

According to a statement issued by the Pakistan Cricket Board (PCB), Shaheen was injured during the first match of the Test series at Galle. The 22-year-old young pacer suffered the injury on the fourth day of the match.

However, Shaheen will be with the team in Sri Lanka even if he cannot play the match. From there he will continue to recover from the injury. Shaheen was instrumental in Pakistan’s victory in the first Test of the series. He took 4 wickets for 58 runs on the way to all out the Lankans for 222 runs.

Shaheen bowled 14.1 overs in the first innings of that Test but could not bowl much in the second innings. He bowled only 7 overs mainly due to discomfort. Then he left the field. However, the Pakistan management has not said anything about how serious Shaheen’s injury is.

Meanwhile, another pacer Harris Rauf can get a chance to replace Shaheen in the second Test starting from July 24. Apart from this, the pace bowling all-rounder Faheem Ashraf is also being well considered by the Pakistan management. It should be noted that visiting Pakistan is already leading 1-0 in the series.