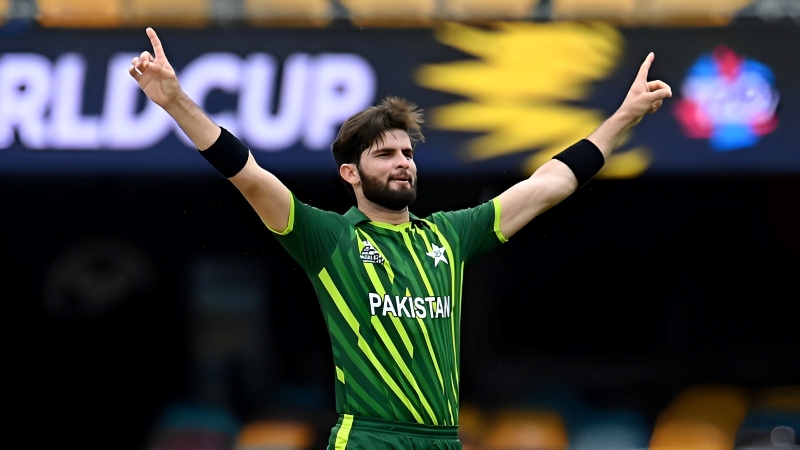 And after a few days, Bangladesh Premier League (BPL) is taking place. Before the bat-ball battle begins on January 6, the mood off the field has reached the cricket arena in Bangladesh. Which team is ahead in terms of players and strength? There is no end to the discussion among the audience. Meanwhile, Pakistan’s star pacer Shaheen Shah Afridi said that he is coming to BPL Mata.

Shaheen was recruited by Comilla Victorians for the ninth season of BPL. The current champions have formed a strong team as always. But the franchise received bad news in the final match of the last Twenty20 World Cup. Shaheen got injured in that match against England and left the field. The Pakistani pacer’s BPL game also created a lot of fear.

But Shaheen gave good news just before the start of the tournament. He dismissed the fear of not being able to play due to injury. Shaheen also sent a greeting message to Comilla fans. In a video message, Shaheen said, “Hi! I’m Shaheen Shah Afridi. I’m looking forward to playing for Comilla Victorians in BPL 2023. See you soon. Win or Win.”

Comilla published the message sent by Shaheen on their Facebook page and wrote, “Currently Shaheen is the name of fear for the opponent with the ball in the cricket world. He is the best bowler in the current cricket world. The Pakistani superstar will play for Comilla Victorians. Shaheen congratulated the Comilla fans in the new season of 2023. I want to hear win or win slogans for him once.”

However, Shaheen has not been regular in field cricket for a long time. He suffered a knee injury against Sri Lanka in the middle of last year, missing several series including the Asia Cup due to the injury. However, he was not seen in off-form in the number of matches he played in the T20 World Cup. Time will tell how Comilla will do in the BPL.