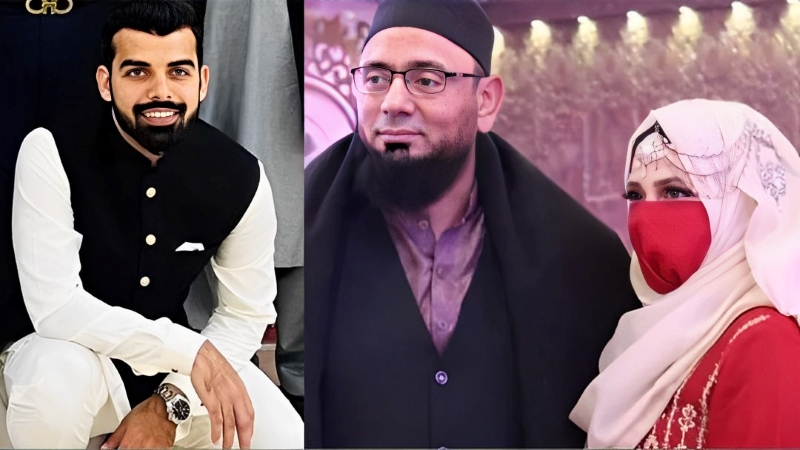 It is as if the marriage has fallen in the cricket neighbourhood. One by one the cricketers are tying the knot. Last Monday, Indian cricket star Lokesh Rahul was tied with Athiya Shetty. This Indian cricketer completed the good work with Bollywood’s popular actress Athiya Shetty. This time Pakistani all-rounder Shadab Khan got married after breaking the hearts of millions of girls. He also got married on Rahul-Athiya’s wedding day. He himself confirmed the matter through a post on social media.

A few days ago Haris Rauf entered a new life. Shan Masood, another Pakistani cricketer, recently got married. Another wicket has fallen in the world of Pakistan cricket. Shadab completed auspicious work with the daughter of Pakistan legend Saqlain Mushtaq last Monday. After the marriage, he himself announced the news of the marriage through a post on Instagram and Twitter.

However, Shadab did not mention his relationship with Saklayen in the post. In the post, he wrote, “I want to give everyone happy news, I am going to join my mentor’s (Saqlain Mushtaq) family. Ever since I started playing cricket, I have wanted to keep my family life separate. My family is also averse to publicity, they want to stay away from the public eye. My Wife is also averse to publicity, she also does not want to come in publicity. She wants to live a private life. Please pray for us.

After the news of the Pakistani cricketer’s marriage came to light, his teammates congratulated him on his new life. Iftikhar posted a picture of Iftikhar Ahmed with Shadab. Tagging Saqlayen Mushtaq and his wife Sana Saqlayen, he wrote, “This man has become not only a brother but also a brother of Dula Mia. Welcome to the club of brothers. Best of luck.”

Meanwhile, Shadab will get busy with cricket after marriage. PSL is ahead. This cricketer is looking forward to playing there. He is an indispensable cricketer in Pakistan. Let’s see if the wife luckily becomes a better performer in field cricket now.