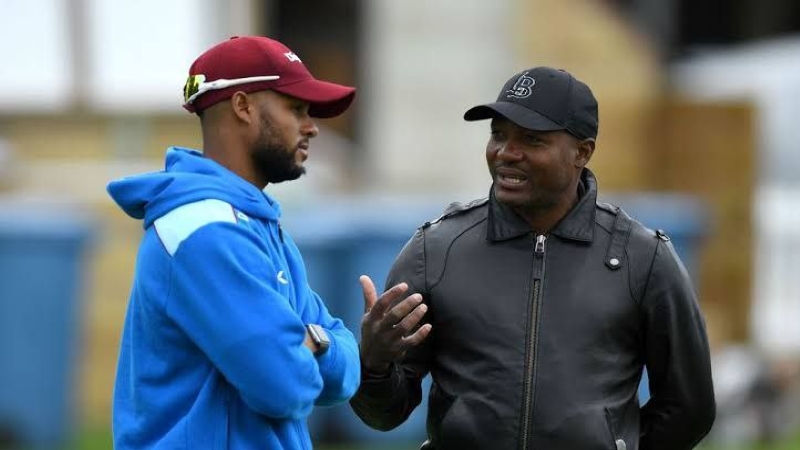 In 2003, the West Indies cricket team made history at the Antigua Recreation Cricket Ground. The Caribbean made history by chasing 418 runs in that Test match against Australia. In that match, the two sons of Guyana Shivnarayan Chanderpaul and Ramnaresh Sarwan brought the Windies to the port of victory by scoring centuries. Both are currently residents of the United States.

Chanderpaul is the US women’s cricket coach. Sarwan has recently resigned from the post of selector of the West Indies Cricket Board and is now a full-fledged businessman. Sarwan has built a mall called Amazonia Mall right next to Providence Stadium, and also runs a restaurant called RS53 Restobar and Lounge there.

Sarwan recently gave an interview to the media. There, the heroic innings of 2003 came to fore. In response to the question whether he considers this innings to be the best innings of his career or not, Sarwan said, ”Everybody asks me about it when seen. It is definitely a great thing to be a part of history. No other team has been able to do this till now. So that match, the century scored in that match will be something special for me all my life.”

Former captain Sarwan played for several days under the shadow of two legends of West Indies cricket, Brian Lara and Chanderpaul. What Sarwan has been able to take from them after playing for a long time? In response to such a question, he said, ”Two were two types of people. Lara didn’t think too much about anything. Shiva (Chanderpaul) on the other hand was very reserved. I think my batting was influenced a lot by Lara’s thinking. Similarly, I loved Shiva’s patience. ”

Sarwan also said, ”If I say specifically, I learned ‘batsmanship’ from Lara. Which balls can be attacked, which cannot be attacked or what should I expect from the next ball to hit a boundary. Learned some bowling styles from him. And I learned from Shiva to stay on the wicket for a long time and go for runs (laughs).”

After completing the part of cricket, Sarwan is now a full-fledged businessman. In response to the question, is Sarwan involved in any other business apart from restaurant and shopping mall business? He said, ”After leaving the game, he is only involved in shopping mall and restaurant business. But I have another restaurant for Indian and Thai food. In fact, I understood the importance of business at a very young age. When I come to West Indies cricket, I realize that nothing is certain here.”