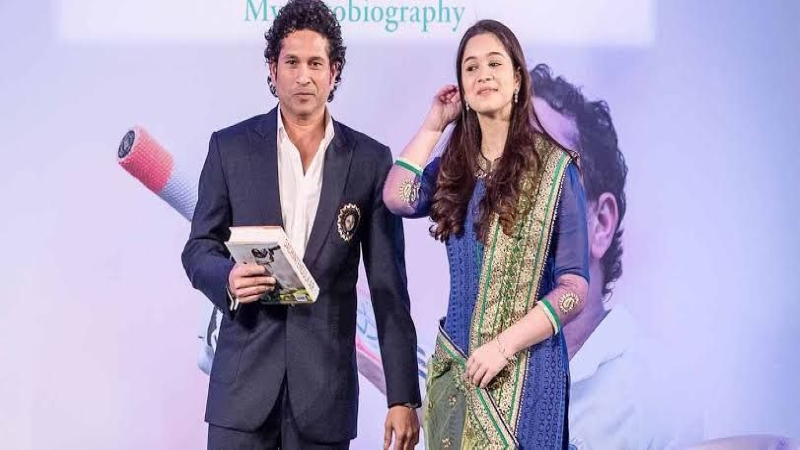 Star kid Sara Tendulkar regularly shares photos and videos of her outings on social media. And through this, she is quite popular on social media. Sara was recently seen  in a photo on the streets of Mumbai. Where she looked good in tops and black leggings.

However, since that picture went viral, netizens kept making negative comments about Sara one after another. Many even call it nepotism. Many also mentioned his father, India’s legendary cricketer Sachin Tendulkar, into the comment room.

In the video, Sara Tendulkar is seen wearing white tops and black leggings. Her long hair is blowing in the wind. Sachin’s daughter flashed a smile at the photographers, then entered the residence.

Sara got into trouble after the video went viral. The internet was flooded with trolls about her. Some are addressing her as ‘Aunty’, while others are calling her ‘Momo’. One even commented as ‘Nepali’. They did not even make a mistake in bringing up the topic of Shubman Gill.

In the comment section of the video, one wrote, ‘Not beautiful at all. Sachin Tendulkar’s daughter is just fair. And that’s why she is so popular.’ Another wrote, ‘Poide Ka Kamal Babu Bhaiya.’ Another wrote, ‘Yeh to aunty he goyi.’