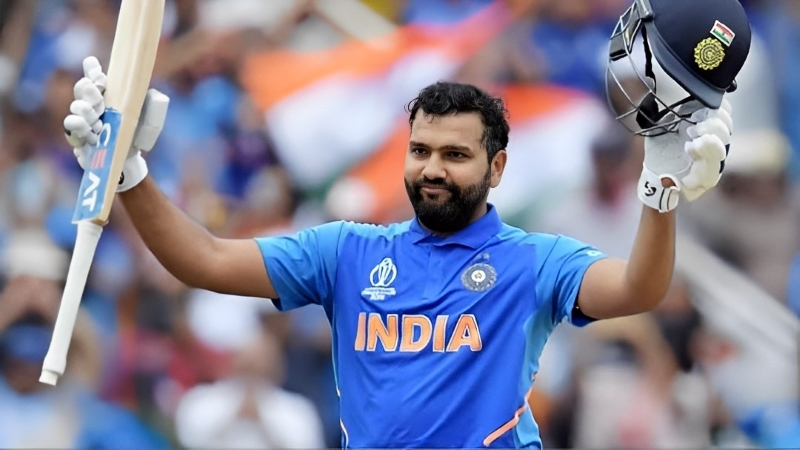 It is not that he was out of form in international cricket. However, Indian captain, Rohit Sharma was not the only one to see the magic figure of three digits. Like Virat Kohli, Rohit also had to wait three long years for the three-digit magic figure. Finally, after 1100 days of waiting, Shatran met the hitman’s bat.

Rohit scored a century in the ODI series at home against New Zealand. This is his 30th century in ODIs. Rohit played a great inning of 101 runs off 85 balls against the Kiwis. This inning is decorated with 9 fours and 6 sixes. Shubman Gill paired with Rohit. He also scored a hundred. 112 runs came from his bat. India scored 212 runs in the pair of Rohit – Gill. In the third and final ODI against New Zealand in Indore, Rohit Sharma’s century drought was broken and Rohit Sharma’s India won the series by whitewashing New Zealand.

Earlier, Rohit’s last hundred came on January 19, 2020. He scored a century against Australia in Bangalore. This captain of India scored 119 runs off 128 balls. More than 3 years have passed. In between, he scored half-centuries in 16 matches, but the century was a new moon for him. For this, he had to face criticism. Although he said, scoring a hundred is just a matter of time for him. The wait is over.

Two of his compatriots are in front of Rohit. Teammate Virat Kohli and legend Sachin Tendulkar. Sachin has scored 49 hundred in 452 innings in 463 ODI matches and is on top of the list of highest hundreds. Kohli scored the second-highest ODI century with 262 innings in just 271 ODI matches. Notably, Rohit’s 85-ball hundred against New Zealand is Rohit’s second-fastest ODI century. Earlier, in 2018, Rohit scored the fastest century of his career in 82 balls against England.