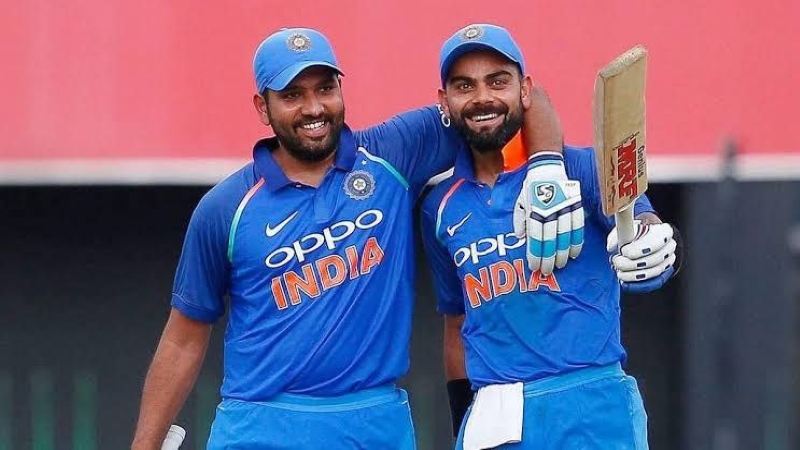 Virat Kohli has come out of the shell of long off form. He also scored the first century of his international T20 career in this year’s Asia Cup. The return of the team’s best batsman is a welcome news for the Indian team ahead of the World Cup. This time, Indian captain Rohit Sharma said that Kohli is thinking about the World Cup.

Rohit wants to use Kohli differently in the upcoming T20 World Cup. According to the captain, with Kohli returning to form, Team India has the opportunity to experiment with the team’s batting lineup. Rohit also said that Kohli can be played in the opening if the team needs. The Indian captain said these in a press conference before taking the field in the T20 series against Australia at home.

Rohit said, “Talked with Rahul (coach) brother. It has been discussed that Kohli can play in the opening in some matches. He is our third opener. Kohli is an option. It is always good to have an option like that. In the World Cup you want a team where any player can play in any position. If we do some experiments, there will be no problem. ”

Kohli opens regularly in IPL. Kohli has scored 5 IPL centuries as an opener. Rohit said about Kohli’s experience of opening, ”We know who can be useful for the team and where. Kohli has opened before. We have that in mind. Definitely a good option in the World Cup. With him, we didn’t have to take the third opener. If necessary, he can be played in the opening. ”

India’s regular opener Lokesh Rahul’s lack of rhythm in the Asia Cup and Kohli’s century have mainly fueled this debate over the opening position. However, the country’s former cricketer Sunil Gavaskar also expressed relief at Kohli’s return to form. He said that due to Kohli, India did not have to take a third opener. He will open if necessary.

Rahul returned to the team after recovering from injury and was not in the right rhythm with the bat in the Asia Cup. Rahul has opened for India in 43 out of 57 innings in T20 international career. Along with 16 half-centuries, there are two innings of 91 and 89 runs.

Rahul is the first choice of Rohit even though Kohli is in mind as an opener, Rohit also said in the press conference, “Rahul is a very important player for the team. His record is very good in the last two or three years. But sometimes his performance for India is not valued properly.”.

Meanwhile, in the era of Rohit and Lokesh Rahul, another former Indian opener Gautam Gambhir does not see the opportunity to filed Kohli as opener. Finally, let’s see what plan will Team India follow in the 22-yard field fight in the World Cup?