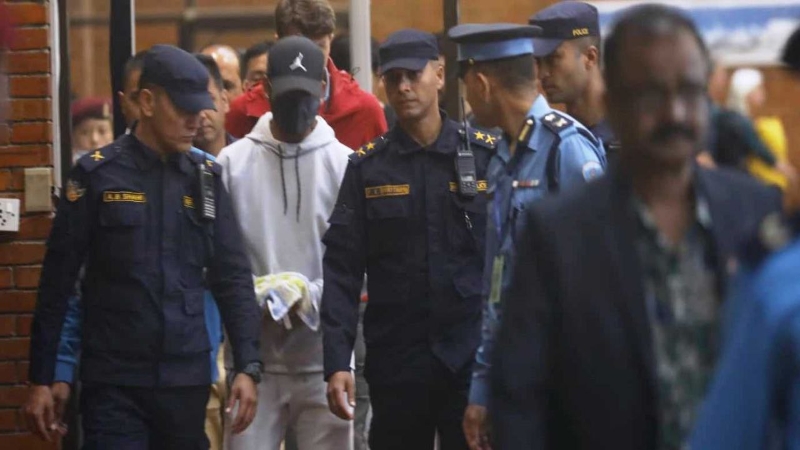 Nepal national team cricketer Sandeep Lamichhanee was not able to escape. The court ordered the cricketer accused of rape to be kept in police custody for 7 days. The District Court of Kathmandu, the capital of Nepal, gave this order.

However, Lamichhane left the country for the West Indies to play the CPL the day after that incident. Although a warrant was issued for his arrest, the police could not arrest him. However, Lamichhanee returned home after playing CPL on October 6. He was then arrested by the police as soon as he arrived at the Tribhuvan International Airport.

This incident has already gone viral on social media. Many of netizens are saying that Lamichhanee should be severely punished if the incident is proven. Some say that Lamichhanee has ruined the image of players of the gentleman’s game.

Lamichhanee, however, said he would cooperate with the police in the investigation. In a tweet before arriving in the country, he wrote, “I am going through a very difficult time. I cannot imagine the charges brought against me. I hope our legal system has some way to restore an innocent man’s honor. I hope I will get fair justice and return to the cricket field again. I would like the hearing to be done at the earliest to shine the name of the country.”

Notably, Lamichhanee is the only Nepali cricketer who got the chance to play in IPL. He also played in various franchise leagues. He was also made the captain of Nepal’s national team in 2021. Of course, he was dismissed from Nepal cricket after the allegations of rape. In a few days, what will happen to this cricketer will be known.