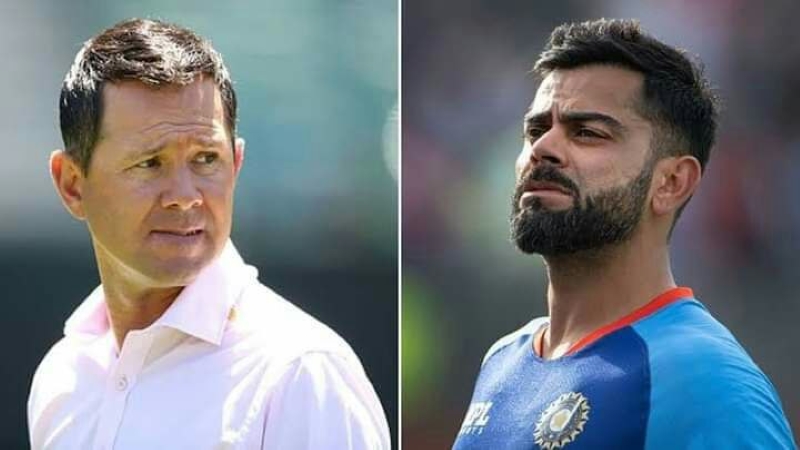 Indian cricket star Virat Kohli’s run drought with the bat is not ending. The distance with the latest century is also increasing in every match. Discussions about Kohli, who is in off form, are also rising day by day. Former cricketers and analysts are divided into two groups in favor of and against Kohli. However, Ricky Ponting does not want the Indian team in the World Cup without him.

The former Australian captain stood by Kohli at the ‘ICC Review’ event. Ponting wants him in the team even if he thinks about what Kohli can do on his day. Even Kohli’s presence in the Indian team instills fear in any opponent, feels the Aussie legend. Ponting asked India to use that opportunity.

Ponting said, ”If I were the captain or the cricketer of the opposing team, I would fear Kohli’s India. If Kohli is not in the team, that fear will not exist. Times are tough for him. But all great cricketers go through such periods. Whatever a bowler or a batsman. The best cricketers rise from this position. It is only a matter of time for Virat too. ”

But Ponting agrees that Virat’s time is almost up. In this context, Ponting said, ”If Kohli is left out of the World Cup team and someone else comes in and does well, it will be difficult for Kohli to come back. If I am someone in the Indian team, I will try to play him. Because I know what will happen if he plays well.”

Advising Kohli to take it easy at the moment, Ponting said of his prospects, “If his confidence can be restored, no one else can play like him. If he does well in the first round of the World Cup, the old Kohli will be seen at the end. I will give him freedom at the beginning of the tournament. If he gets runs early, he can play his best cricket towards the end. ”