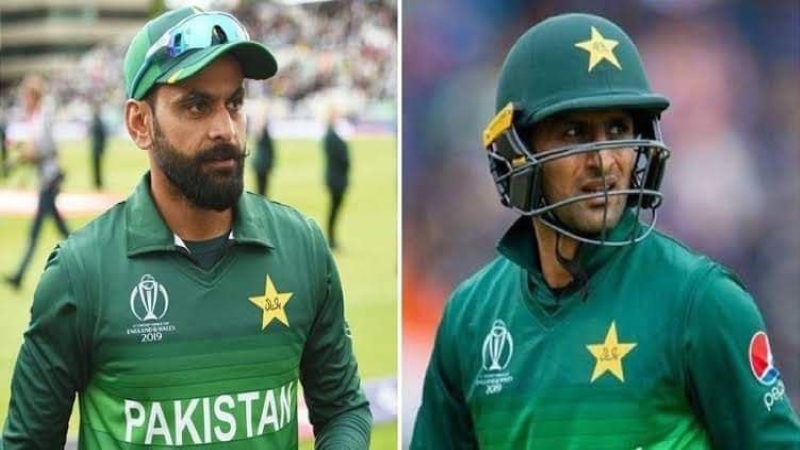 Shoaib Malik is considered as one of the best batting all-rounders in Pakistan’s cricket history. But at the twilight of his career, isn’t getting chance in the team. He was left out of the national team. He played the last T20 in the country’s jersey in November 2021. Meanwhile, Malik did not get a place in the upcoming T20 World Cup team. He is very disappointed with this.

Another former all-rounder of the country, Mohammad Hafeez, expressed his anger because Malik was not included in the team. According to him, Malik has been insulted by the Pakistan Cricket Board (PCB). Realizing that this would happen, Hafeez also said that he advised Malik to retire earlier.

About Malik not being included in the World Cup team, Hafeez said, ”I don’t know whether Malik will be able to play his farewell match or not. Because, what Shoaib said without getting a chance in the World Cup team, everyone will be angry. Last 22 years has sacrificed blood and sweat for Pakistan. Yet he was not given the respect he deserves. The selectors should have thought of him. ”

Even, former star pacer of Pakistan Shoaib Akhtar is not willing to dream too much about Pakistan after losing in the Asia Cup final. He also fears that they may be eliminated from the first round.

However, Hafeez is disappointed that the PCB is not careful about the World Cup team. Hafeez claims that he asked Malik to retire along with himself after realizing the ominous signal in his career. He said, ”When I retire, I have asked Malik to retire as well. Because I knew he would not be given the respect he deserves. Which was not given to me either. Malik tried. But cricket gave him the hard lesson.”

Meanwhile, Pakistan’s batting department has shown extreme failure in this year’s Asia Cup. That’s why Hafeez wanted an experienced cricketer like Malik in the middle order in the upcoming T20 World Cup. He also said, ”They did not take my advice. Malik can still play the shot he played for 22 years. PCB should have understood that Malik is needed in the team. But no one understood that.”

This year’s World Cup will begin from October 16. Final will be held on November 13. Let’s see how Babar Azam’s team does in the World Cup. However, as Shoaib Malik was not called to the World Cup team, many people are assuming that his career is over.